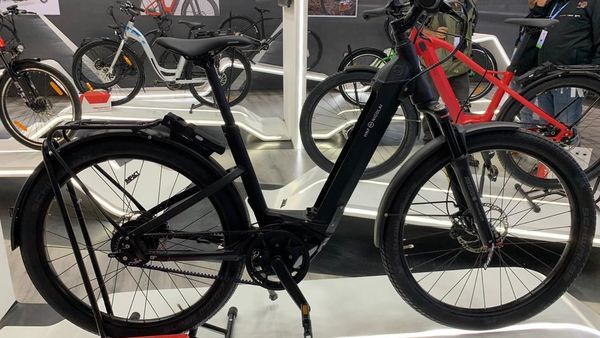 The country's largest bicycle maker Hero Cycles would invest around 250 crore to set up an eCycle valley in Punjab, where it would have an entire ecosystem for manufacturing electric bicycle.

The total investment in 100-acre project would be around ₹600 crore, in which the rest amount of ₹350 crore would be invested through joint venture partners and ancillary units, said Hero Motors Company Chairman & Managing Pankaj M Munjal in Thursday.

Besides, the company aims to have around 10 per cent share of the growing electric bicycle market globally by 2022.

According to him, 70 to 80 per cent of the production from the park would be exported and most of them would be shipped to Europe, which is one of the largest electric vehicle markets.

"We are building new factories. We have bought 100 acres of land and we are going to set up an eCycle valley. We would have several partnership with companies as from Japan for motors, various suppliers," Munjal added.

The company would start the project from August this year.

On being asked about the investment on the eCycle valley, he said: "Total capex would be around 500 to 600 crore" and have a capacity to roll out around 4 million units every year.

"In this, Hero would invest around ₹250 crore and the rest would be in the form JV and by other partners," said Munjal at Auto Expo here.

He further said the company has vision of capturing a 10 per cent share in global electric bicycle manufacturing.

"The growing acceptability of electrical vehicles in India has given us an opportunity to engage more towards our vision of capturing 10 per cent share in global electric bicycle manufacturing by 2022," said Munjal at Auto expo here.

According to the company, which owns 48 per cent stake in Germany-based firm HNF Nicolai, the electric cycles would be based on the German technology.

The company has already set up a major design and innovation base in the UK through its state-of-the-art Global Design Centre at Manchester.

"Our single-minded focus on bolstering our capacity in research and design innovation as well as in manufacturing to produce truly global e-bikes in India will play a critical role in it," he said.

Hero is also in touch with several e-commerce firms, quick service restaurants and online food aggregators like Swiggy for its eCycles.

Hero Cycles had showcased a series of futuristic products at the Auto Expo, which includes - Straphanger, Essentia Connect, and Easy Step range of electric bicycles.

While Easy Step, with its foldable body and 7-speed gear, makes it unique to the need of an urban consumer, Straphanger brings together the joy of pedalling with the help of battery at the right time.

Essentia Connect, on the other hand, transforms the experience of pedalling e-bikes with max speed of 25 km/hour and its superior rear hub motor of 250W.