Ducati has been dabbling with the idea of an electric motorcycle but it is unlikely to have a product ready for world markets in the near future.
By : HT Auto Desk
| Updated on: 16 Jun 2021, 01:54 PM 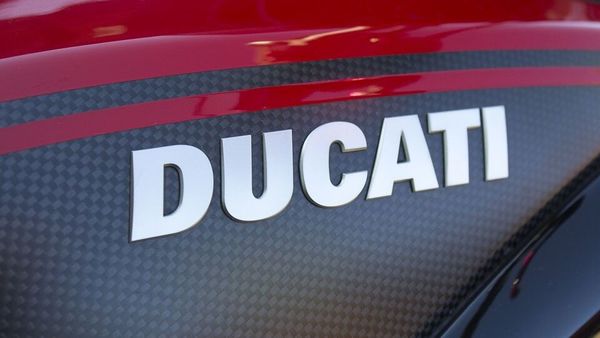 Ducati bikes have been a firm favourite among motoring enthusiasts the world over and for years and years. But as times change, the need to perhaps bank on an electric motor has become quite evident. With more and more rivals entering the field of play - complete with battery power, Ducati has had a rather yes-no approach to ditching conventional engines. And one of the major reasons for this is the battery itself.

Ducati CEO Claudio Domenicali had announced back in January of 2019 that an electric Ducati is definitely on the cards. But not much has happened since that announcement with the company's VP of global sales - Francesca Milicia - even ruling out such a bike in the near future. Domenicali has now reportedly pointed to the battery as the major obstacle. "Let’s say that at this moment the main complexity in making electric motorcycles with high performance and autonomy lies in the battery," he reportedly said, according to Italian website Moto. "So we are following with great attention the evolution of this component, and at this moment we are evaluating when and at what moment the amount of energy that can be stored in a battery will somehow make a product like a full scale electric motorcycle usable."

Domenicali isn't too sure if lithium-ion batteries at present are good enough to be powering high-performance Ducati bikes. This comes at a time when a few rivals - especially in the local Italian market - are already finding success with electric power.

While an electric Ducati may not be hitting the roads any time soon, there is a marked shift in the world of motorcycles with Harley-Davidson launching its EV division called LiveWire. But while cruiser bikes and city-commute two-wheelers may find it easier to adapt to electric power, performance bikes may take a while for batteries to be good enough.