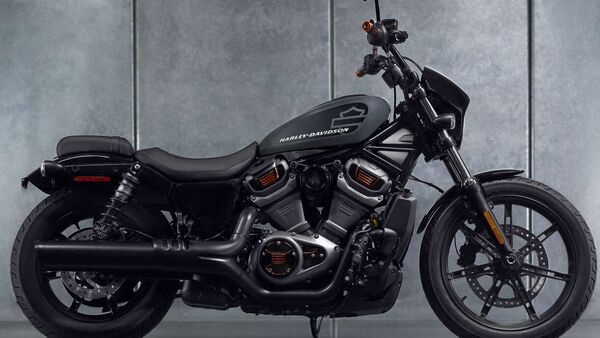 Harley-Davidson is gearing up for the launch announcement of its Nightster motorcycle in the Indian market. The bike was officially revealed globally earlier in 2022. It comes out as the latest model from Harley to enter its Sportster line. This bike is also seen as a direct replacement for the previously available Iron 883 model.

At the heart of the motorcycle sits a 60° liquid-cooled V-twin Revolution Max 975T motor which returns a maximum power output of 89 bhp and 95 Nm of peak torque. The motor in this latest form has been updated with VVT only on the inlet cam (Sportster S gets on both inlet and exhaust valves). And the bike features the engine as a central structural component housing the frame around it.

The fuel tank capacity on the bike is 17-litre which should lend it a decent full tank riding mileage. Being one of the high-placed models, the bike gets premium 41 mm Showa USD forks at the front, while the suspension duties at the rear are taken care of by a monoshock with preload adjustment option. For braking, the bike uses a single front and rear disc with ABS. It rides on cast aluminum alloys.

In its home market, the bike has been priced at USD 13,499 (approximately ₹10.28 lakh) onwards, however, in India, it is expected to cost much higher thanks to the sky-high taxation on imported vehicles and goods. It is likely to be made available in India in two or more colours. Internationally it retails in three colour options including Vivid Black, Gunship Gray and Redline Red.