Harley-Davidson has confirmed it is discontinuing sales and manufacturing operations in India.Harley-Davidson's exit could lead to a loss of up to ₹130 crore for the brand's dealer partners in the country, says FADA.
By : PTI
| Updated on: 25 Sep 2020, 03:46 PM 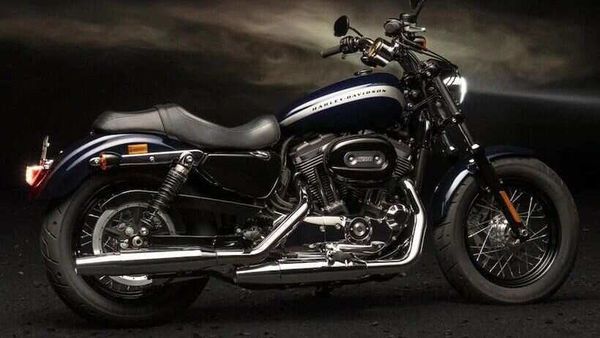 Automobile dealer body FADA on Friday said the closure of Harley-Davidson's operations in India would lead to job loss for up to 2,000 workers across the brand's 35 dealerships.

Harley-Davidson on Thursday said it is discontinuing sales and manufacturing operations in the country.

The India action will include an associated workforce reduction of around 70 employees, it had said in a SEC filing.

The Federation of Automobile Dealers Associations (FADA) said that besides job loss, the exit of the American cult bike maker would also lead to a loss of up to ₹130 crore for the brand's dealer partners in the country.

"Harley Davidson has not informed any of its dealer partners about its closure plans and dealers are yet to receive any official communication," FADA President Vinkesh Gulati said.

It goes without saying that dealers who have invested their hard-earned capital in this iconic brand are left like an abandoned baby without any compensation package, he added.

With a luxury brand like Harley, setting up its dealership costs anywhere between ₹3-4 crore, and with a total of 35 dealerships, ₹110-130 crore will go down the drain, Gulati said.

"Luxury two-wheeler dealership on an average employs 50 people. With 35 Harley dealers, around 1,800-2,000 people at dealerships will lose their jobs," he added.

Moreover, there will be customers who will not receive glitch-free service as spares will now be in shortage, thus leading to harassment of dealers from customers, he noted.

India's capital goes down the drain with the closure of every single brand in the country, Gulati said.

After General Motors, MAN Trucks and UM Lohia, Harley Davidson is the fourth automobile brand shutting shop in the last three years in India, he added.

"Had there been a Franchise Protection Act in India, brands like these would not have abruptly closed their operations, leaving their channel partners and customers in a fix," Gulati said.

In a statement issued on Thursday, Harley said its dealer network will continue to serve customers through the contract term, adding it is communicating with its customers in India and will keep them updated on future support.

It, however, said that it plans to close its manufacturing facility in Bawal (Haryana) and significantly reduce the size of its sales office in Gurugram.

The company's exit from India is part of its global "2020 Restructuring Activities".

In the second quarter of 2020, the Milwaukee, Wisconsin-based company had initiated restructuring activities, including workforce reduction and termination of certain contracts that would result in elimination of around 700 positions globally, including termination of close to 500 employees.

From its entry to exit, Harley Davidson's journey in the country witnessed the governments of India and the US using the company as a bargaining chip.

In April 2007, the then Indian government relaxed emission and testing norms, paving way for import of Harley Davidson bikes to India in return for allowing mango exports from the country to the US.

The import relaxation was restricted to import of motorcycles up to 800cc engine capacity or above, subject to compliance to Euro-III emission norms.

Later in 2009, the company announced establishment of its operations in India, followed by starting of sales of its bikes a year later.

Then, the company set up its completely knocked down assembly plant in Haryana and started rolling out assembled bikes from the unit in early part of 2011.

The company's assembly plant at Bawal in Haryana was its second facility outside the US after Brazil, and it planned to use the unit to export to Europe and Southeast Asian markets.

In the recent past, US President Donald Trump criticised India's high import tariffs on Harley Davidson motorcycles as "unacceptable" as the two countries negotiated for an elusive trade deal.

Harley Davidson's portfolio in India comprised bikes like Street 750 and Iron 883, among others, with prices starting from ₹4.69 lakh and going up over ₹18 lakh.