Ducati rides in Panigale V2 in India at ₹16.99 lakh 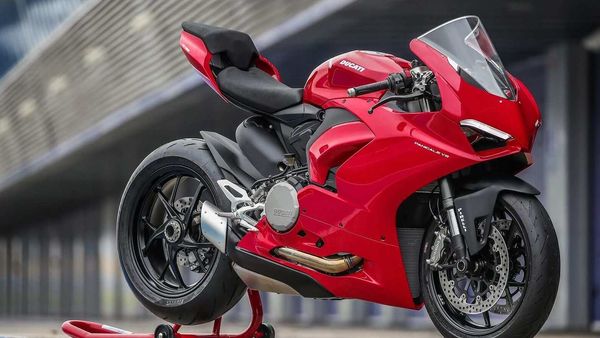 The Panigale V2 comes in the traditional Ducati Red color and is priced at ₹16.99 lakh.

Ducati Panigale V2 has been launched in India on Wednesday at ₹16.99 lakh*. The Panigale V2 is a successor to the 959 Panigale which has been discontinued already in the Indian market. The bookings on the new V2 have already commenced and the deliveries will also start soon, says the company.

The new Panigale V2 made its debut at the EICMA 2019. It was originally slated for launch earlier this year but the pandemic threw a wrench in its launch plans.

The Panigale V2 is going to be a rival to the litre-class bikes such as Kawasaki ZX-10R and the Suzuki GSX-R1000. There's also a more powerful version of the Panigale available in the form of Panigale V4, but the company is yet to announce when the BS 6 version of the same arrives in India.

At the heart of the new Panigale sits a 955 cc super-quadro L-twin motor that's tuned to churn out 155 PS of power at 10,750 rpm which is backed-up by a peak torque output of 104 Nm at 9,000 rpm. In comparison to the model it succeeds, it is close to 5 PS and 2 Nm more powerful. The transmission remains the same 6-speed unit.