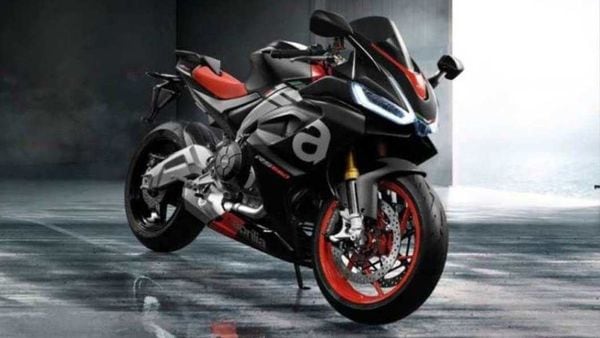 Aprilia has revealed the brand new upcoming Daytona 765 rivaling middleweight sportsbike, the RS660. The motorcycle was originally slated to go on sale in the earlier part of 2020, but the pandemic threw a wrench in its launch plans. It was revealed in a concept form at the EICMA 2019.

The company has also launched a promotional video of the motorcycle and has announced that it will soon open the pre-launch bookings on the bike.

The official images show the bike being installed with a pillion seat instead of a seat cowl. The images also are good enough to hint the riding position it is going to offer. Seeing the mid-set geometry of the clip-ons it is safe to assume that the RS660 will not be as aggressive as some other middleweight sportsbikes in the segment. It will have ergonomics somewhat similar to the four-cylinder Honda CBR650R which sells in the Indian market.

As known already, the bike is going to come loaded with a 660 cc parallel-twin engine that has been derived from the Aprilia RSV4's engine. The overall output from the engine is around 100 hp. It is more powerful than the CBR650R but still lacks behind a majority of middleweight bikes such as BMW F900R and KTM 790 Duke. Also, its arch rival, the upcoming Triumph Daytona 765 will be more powerful at around 130 hp.

Given the level of technology and features, it will be interesting to see how the bike will be priced in international markets. As far Indian market goes, it is not yet confirmed if the bike arrives here anytime soon.