2022 Benelli TRK 800 teased ahead of global unveil at EICMA 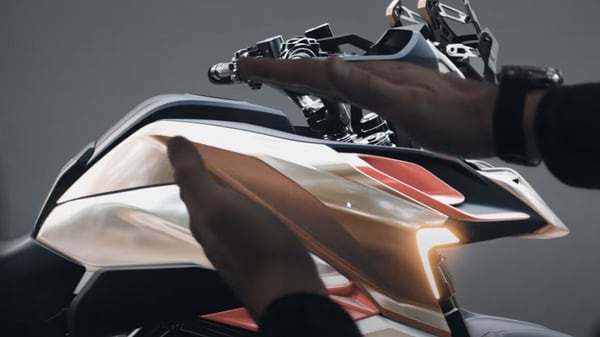 The teaser clips shows the angular design to be used on the TRK 800.

As per the details available, the new motorcycle will feature a semi-faired design. Also given the fact that it is an adventure touring motorcycle a tall windscreen will also come as natural on this bike. Apart from that, also expect other highlights in the form of split-style seats, a side-slung exhaust, and wire-spoke wheels. While the official details remain unconfirmed at the moment, the bike will most likely also be available with full-LED lighting and a Bluetooth-enabled instrument cluster. Also expect electronics rider aids including selectable riding modes, ABS, and a traction control system on the upcoming Benelli TRK 800.

For suspension duty, the bike will feature a front upside-down telescopic front fork which will be backed up with a rear mono-shock unit, while the braking hardware will include twin rotors at the front and a single disc at the back.

At the heart of the motorcycle will likely sit the same engine found on the 752S cruiser and the Leoncino 800 scrambler. It will be a 745cc, parallel-twin, liquid-cooled motor that is known to deliver 80bhp of peak power on the existing Benelli motorcycles.

The upcoming Benelli TRK 800 is also likely to hit the Indian streets post its international debut, but details aren't officially confirmed yet.