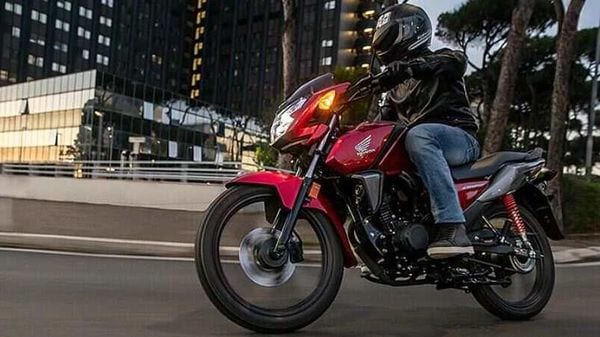 Honda CB125F is a very popular model in Europe.

Honda has revealed the 2021 CB125F for the European market. It has been one of the most famous bikes in Europe and for 2021, it has received a long list of updates.

On the outside, the motorcycle features a similar silhouette and overall design, but Honda claims that significant structural changes have been made thanks to which it has become lighter in terms of overall kerb weight.

There is notable difference in its styling. It now looks slightly more aggressive sporting a new design which is in-line with Honda's bigger CB bikes range. It features a LED headlamp and a digital dash featuring eco-meter. The meter console displays informatics such as the usual speedometer and odometer readings, gear position indicator, real-time and average fuel economy read-outs and distance to empty. It has also gained a standard start-stop system with the latest update.

The new CB125F sheds 11 kg against the predecessor and its kerb weight has gone from 127 kg to 117 kg. It also gets a redesigned frame to boost its handling prowess and make it more agile and stable.

Coming down to the mechanical updates, the bike now gets a 7 kg lighter engine and 27% improved fuel efficiency. Its 125 cc engine with Smart Power (eSP) has been rated to produce 10.7 bhp of power at 7,750 rpm which is backed up by 10 Nm of torque at 6,000 rpm. As per Honda, the engine has also received an off-set cylinder which reduces internal friction. For the record, similar setup is also found on the Honda's commuter bikes sold in the Indian market.