Home Auto Two Wheelers 2020 Honda Africa Twin To Launch In India On March 5: All You Need To Know

2020 Honda Africa Twin to launch in India on March 5: All you need to know 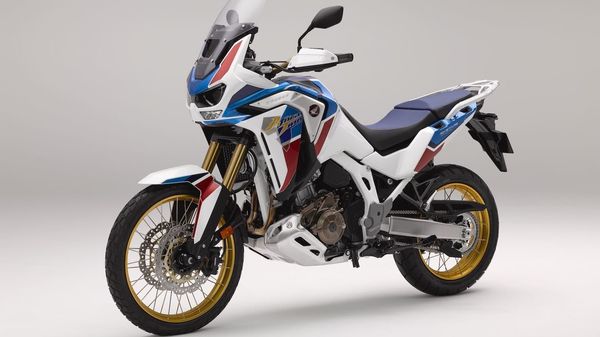 The 2020 Honda Africa Twin is a significantly improved package in comparison to the earlier model.

The Honda Africa Twin isn't a new name in the adventure class motorcycles. After being discontinued from the international market in 2003, it was brought back to life in 2016 and the upcoming model is the first official update since its 2016 revival.

For 2020, the Honda Africa Twin gets improved off-road-focused updates, new riding and performance package, and tweaked aesthetics. Unlike the previous model, the standard variant on the new Africa Twin is now more biased towards off-road riding, while the Adventure Sports variants now get certain updates which make it more suited for daily rides.

Its 1,084 cc powerhouse now gets a 5 mm increased stroke. It is a Euro 5 compliant twin-cylinder unit which is rated to churn out 101 PS of maximum power and 105 Nm of peak torque. The power and torque in the updated engine has been increased by 7% and 6%, respectively.

The sub-frame comes bolted (not welded) to the main frame. It is claimed that the rear wheel traction has been improved thanks to the use of an all-new, aluminum swingarm which is based on the same design as the CRF450R. It is also lighter in comparison to the previous swingarm unit.

In terms of aesthetics, the Africa Twin now features a more rally inspired bodywork. Its fuel tank is now slimmer and looks less bulky and the rider seat is 40 mm narrower. The seating can be adjusted for height between 850 mm or 870 mm, both of which are considerably high. The bike also comes fitted with compact looking handguards and sump guard.

Along with the exterior body bulk, the motorcycle has also shed 4 kgs weight which contributes to 10% more power to weight ratio, improving the overall ride and performance.