20 years of Activa: Honda celebrates journey of Activa in India

Activa has not just been the strongest product in Honda's India product portfolio but has topped sales chart in a dominant performance which continues till date.
By : HT Auto Desk
| Updated on: 17 Dec 2020, 03:32 PM 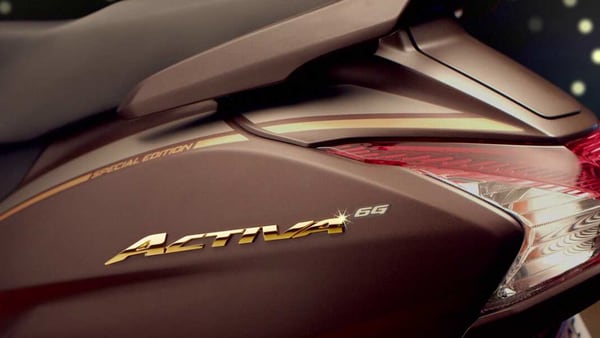 Honda Motorcycle and Scooter India is pouring confetti by the kilo on Activa as its best-selling scooter completes 20 years in the country. After launching a special 20th Anniversary Edition of Activa earlier this month, the company on Thursday announced the launch of a new campaign to showcase the scooter's journey over two decades here.

Activa has not just been the strongest product in Honda's India product portfolio but has topped sales chart in a dominant performance which continues till date. First launched in 2001, the scooter has been given several updates to ensure that it maintains its place of prominence.

As such, the campaign launched by Honda hopes to pay ode to the bond shared between Activa and the millions of customers who chose it. "We are extremely happy and proud as we celebrate the 20th anniversary of Activa. It is a celebration time for us and the extended family of more than 2 crore satisfied customers who have made Activa a part of their daily lives," said Yadvinder Singh Guleria, Director – Sales and Marketing, HMSI.

As for the 20th Anniversary Edition of Activa 6G, it gets two colour themes - Matte Mature Brown Metallic and Pearl Nightstar Black. - matching with rear grab rails. It also shows off a shiny embossed 20th year anniversary logo and a golden Activa emblem. There are black wheels at the front and rear.

While Activa is the highest-selling scooter in India, it has been involved in a close battle for the top spot in the overall two-wheeler category against Hero Splendor.