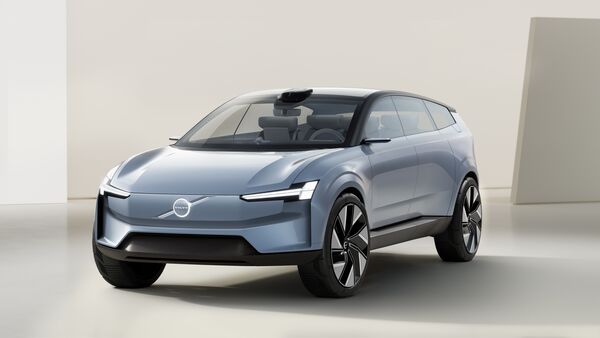 Volvo in a recently conducted dealer conference shared its plans to develop seven new electrified vehicles among which five will be all-electric vehicles. The automaker conveyed it is also focusing on the kind of technology it will create for these upcoming vehicles.

Sources present in the meeting shared the company detailed its objectives centred around their electrification goals and the aim to electrify the entire lineup by 2030, as per a report by Automotive News. Volvo unveiled its first all-electric Concept Recharge car last year and it is being suggested that the EV will enter production later this year for developing the 2023 model.

The company is aiming to sell 20,000 units of this upcoming SUV annually. Volvo is also planning one more crossover reportedly known as V546 and it is hoping to sell around 1,00,000 units of it each year. This crossover will lie between the XC60 and the XC90 and it is slated for production around 2025. This model will be produced at Volvo's South Carolina production facility. Project V546 will be the third EV manufactured at the factory by the time it arrives in 2025.

Before the manufacturing of the V546 EV begins, the Polestar 3 and the Concept Recharge both will get into production in 2023. The company shared an all-electric version of the XC60 car and a new vehicle that will be positioned below the XC40 are currently a work in progress. It has plans to introduce redesigned versions of the S90 and XC90 plug-in hybrids.

Previously, it has been reported that Volvo is developing a new electric SUV that will be the successor of its flagship XC90 luxury SUV. The company has claimed that this electric SUV will be able to drive itself without a driver on highways.