Tesla's Chinese battery manufacturer is looking for sites in Mexico 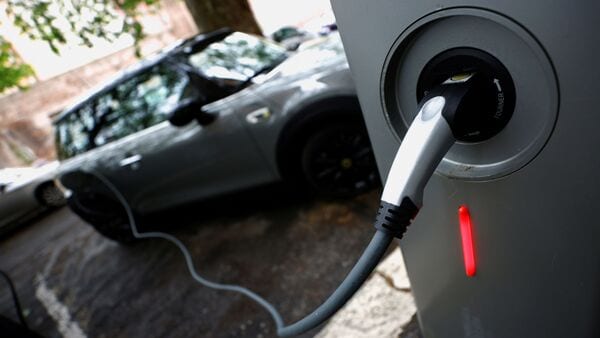 Chinese company Contemporary Amperex Technology Co. Ltd which is the world's biggest producer of electric vehicle batteries is looking for two locations in Mexico to establish its manufacturing units. According to a Bloomberg report, these plants will potentially produce EV batteries for Tesla and Ford. The Chinese company is considering Ciudad Juarez which is located in Chihuahua, and Saltillo in Coahuila, as per sources.

The report also stated that according to sources who wished for anonymity, Contemporary Amperex Technology is planning to invest around $5 billion in the project. Another Tesla supplier CATL which is also a China-based company is planning to build a battery plant worth $5 billion. Currently, the company is considering dividing the investment across two locations, one in the US and the other in Mexico. It has been reported earlier that this plant might have a capacity of 80 gigawatt-hour.

(Also read | Tesla EVs to be cheaper if this happens, says Elon Musk )

CATL is also under competitive pressure to speed a decision as competitors like LG Energy Solution Ltd., Samsung SDI Co. and Panasonic Holdings Corp. are signing deals with automakers to establish battery manufacturing units in the United States.

Panasonic Corp too is in talks to build a new site in the US that will supply Tesla and potentially other EV manufacturers with next-generation lithium-ion batteries. The Tesla supplier has been scouting for a location for a long time including areas in Oklahoma and Kansas. It is expected that this factory may start operations by 2024. Reportedly Panasonic is planning to make the newly developed, bigger and more powerful 4680 battery. The company may also install lines for other batteries at the new production facility as well however this might depend on demand.