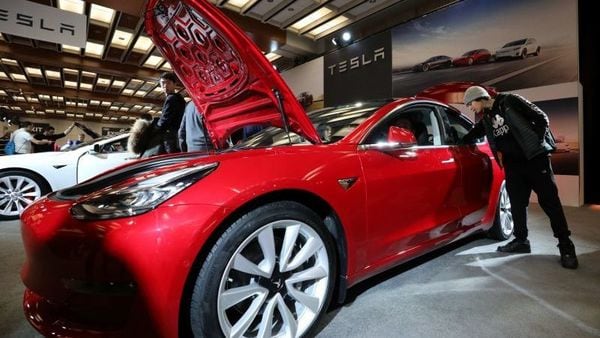 Tesla Model 3 will be the first car from the brand in India.

Tesla, the famed electric car manufacturer, has zeroed in Mumbai Lower Parel-Worli for its first office in India, claims a report by ET. Not only that, but the EV manufacturer will also open a retail outlet in Mumbai. The automaker announced in late 2020, the decision to enter the Indian market in 2021.

Now, with the first quarter of the CY2021 already passed, Tesla is aiming to start its India operations as soon as possible. The California-headquartered EV company is evaluating a couple of ready-to-move commercial projects in Mumbai for a 40,000 sq ft office that will also have retail space.

One of the key contenders to host Tesla's India office in Mumbai is the Blackstone Group-owned One World Centre, erstwhile One Indiabulls Centre. The complex is owned and operated by Nucleus Office Parks, which is a Blackstone Group entity.

The complex houses offices of companies like Morgan Stanley, American Express, Aditya Birla Group companies, the Kingdom of Spain and IDFC First Bank among others. The ET report also suggests that the deal between the realty group and Tesla is currently at the technical stage and is likely to be inked soon after the due diligence.

The electric vehicle adoption rate in India is very low as compared to internal combustion engine-powered vehicles. In 2020, only 5,000 EVs were sold in India out of total of 2.4 million vehicles in the country. High acquisition costs than ICE vehicles, scarcity of proper charging infrastructure, skepticism about electric vehicles are some of the key reasons behind this low EV adoption rate in India.

However, with the growing focus on electric mobility, the number of consumers for such vehicles is increasing. In such a scenario, Tesla aims to grab the niche segment where it will focus to sell electric cars to the rich buyers of tyhe country.