Tesla rolls out first Model Y from its German gigafactory 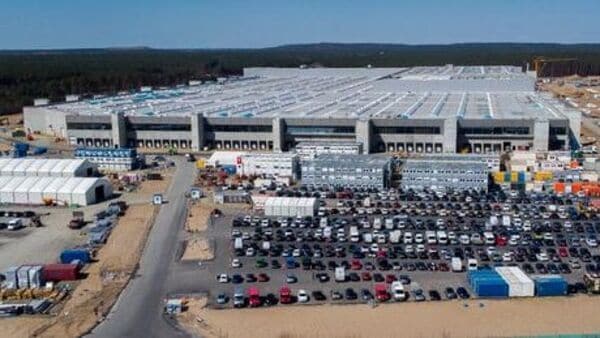 After significant delays, Tesla finally starts production in its German gigafactory and it is ready to deliver its first EVs which are 30 Tesla Model Y cars. Tesla made a massive investment worth 5 billion Euros to build its first production hub in the European continent.

Tesla Chief Elon Musk took to Twitter to share the news about the first production electric cars that are ready to be delivered to rightful owners. These customers will receive the Model Y Performance trim priced at 63,990 euros. The EV offers a range of 514 km. Tesla added the new orders from the factory will be delivered from April.

At full capacity, the Tesla gigafactory will produce five lakh electric vehicle cars annually which is more than the 4,50,000 EVs that its German rival Volkswagen sold globally last year. It will also generate 50-gigawatt hours (GWh) of battery power, surpassing all other plants in Germany. The plant is expected to hire around 12,000 workers, informed the EV major.

Tesla is trying hard to capture a stronghold of the European market, however, currently, Volkswagen holds an upper hand in Europe's electric vehicle market, with a market share of 25 per cent compared to Tesla's 13 per cent. Musk said increasing the production will take longer than the two years it took to establish the factory.

Volkswagen has already received 95,000 orders for electric vehicles in Europe this year. The auto major is also planning a new EV factory worth 2 billion Euro alongside its Wolfsburg factory and about six battery plants across Europe. Construction of this plant will begin early next year and the company will start production here in 2026. It will also manufacture Volkswagen's new all-electric feet.