Tesla battery supplier CATL located in China is considering sites across North America for a massive $5 billion plant to supply customers.CATL aims to build a factory capable of producing as much as 80 gigawatt-hours of batteries a year.
By : Bloomberg
| Updated on: 19 Mar 2022, 12:17 PM

The company aims to build a factory capable of producing as much as 80 gigawatt-hours of batteries a year, according to people familiar with the matter. The facility would eventually employ as many as 10,000 workers, said the people, who asked not to be named discussing private information.

Executives from CATL flew to Mexico earlier this month for meetings, the people said. The company is also considering sites in the U.S. and Canada, but has concerns over the availability of labor and other trade issues. A spokesman for CATL in China declined to comment on the expansion into North America, the planned investment and evaluation of sites.

Backed by China’s strategic push into electric cars, CATL is riding a boom in demand for EVs as countries work to reduce carbon emissions and consumers embrace cleaner cars. The company, which completed an initial public offering in 2018, has about a 30% share of the global EV battery market.

A manufacturing footprint in North America will be crucial for Ningde, Fujian-based CATL to avoid costly trade tariffs while supplying Tesla and other automakers. The company has used its massive scale in China, which has the most cell manufacturing and metal refining capacity in the world, to lower costs for customers globally while spending heavily on research and development.

An expanded presence in North America could unsettle U.S. officials who are keen on supporting domestic suppliers. President Joe Biden is allocating billions to cultivate the U.S. battery supply chain and wean the auto industry off its reliance on China, but those efforts will take years to come to fruition. 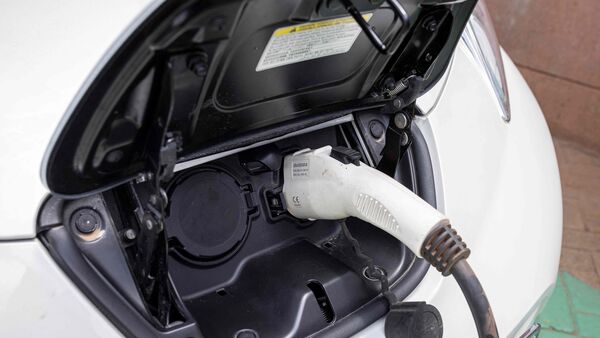 Lithium iron phosphate, or LFP, batteries are cheaper and more stable than alternatives, but often provide shorter range because they lack energy density -- though that is quickly changing. CATL dominates the market for LFP batteries, and Tesla already uses LFP cells supplied by CATL at its Shanghai factory.

CATL’s new North American plant would produce a mix of nickel-manganese-cobalt and LFP cells, and supply both Tesla and other automakers, two people familiar with the matter said.

Tesla’s Elon Musk said in January that battery supplies would become a limiting factor once the chip crisis subsides. To prepare for the crunch, Tesla is making its own 4680 battery cells in Fremont, California, and widening its supply circle beyond longtime partner Panasonic as it seeks to ramp up sales and prepares to open plants in Austin, Texas, and Berlin.

Panasonic also is scouting for a U.S. manufacturing site, Bloomberg reported earlier this month. The company makes 4680 cells for Tesla and supplies the automaker’s gigafactory in Reno, Nevada.

CATL has 145 gigawatt-hours of battery manufacturing capacity online and has announced or is in the process of building another 579 by 2026, according to data compiled by BloombergNEF.