Elon Musk was replying to one of the Tesla fans on Twitter, and reacted to companies, known to make smartphones, venturing into the electric vehicles business.
By : HT Auto Desk
| Updated on: 03 May 2021, 12:29 PM 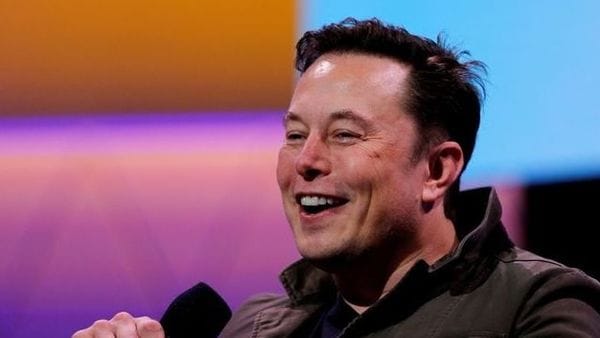 Elon Musk is often known for his witty responses on social media platforms. He is seen as one who will not shy away even if has to criticise his competition. In his latest quip, the Tesla CEO took on some of the latest entrants in the electric vehicle segment.

The Tesla CEO was responding to one of the fans who listed out the number of companies who have recently expressed their ambitions to come up with their own electric vehicles and urge to enter the EV segment. The names on the list has mainly smartphone manufacturers, some of whom have already showcased their first cars in concept form at recent events.

The Tesla fan's post hinted that almost anyone has started making electric vehicles, a sector mastered by Tesla. The list has names ranging from Apple, which is still planning its first electric car, to players like Sony or Huawei, who have already showcased their first concept electric cars.

Elon Musk's dig at these companies has won hearts of the Tesla fans. Musk replied to the post and said, "Prototypes are easy, production is hard." His remark is seen as a challenge to these new players who want to venture into a business which Tesla has already aced.

Prototypes are easy, production is hard

The trend of tech companies showing ambitions to build electric cars is not something new. Sony was one of the first tech companies to do so when it surprised the world with its first concept electric car Vision-S at the Consumer Electronics Show in January last year.

Apple, which is popular around the world for its iPhones and Macbooks, is planning to launch its first electric car by 2025, and has been in talks with several carmakers to share technological expertise to make it happen.

Tesla, known for its popular models like the Model 3, Model S and Model Y electric cars, is the global leader in the EV segment. However, its much-anticipated Cybertruck has not still gone into production. Tesla is building a new Gigafactory in Texas, United States, which is said to be the facility where Cybertrucks will be built in future.