Tesla being wooed by $1 billion Missouri package for Cybertruck plant 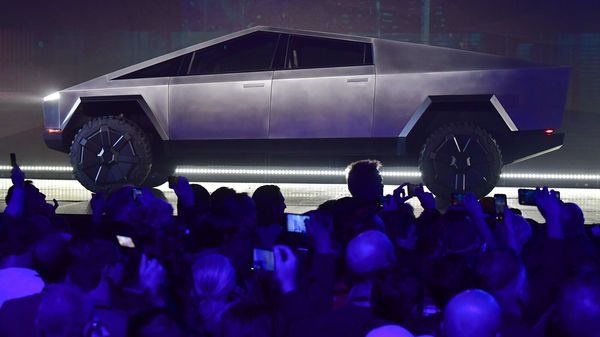 A small Missouri city is trying to lure Tesla Inc. with big bucks.

The city of Joplin, near Missouri’s borders with Oklahoma and Kansas, is seeking to tempt the electric-car maker with $1 billion in incentives and savings to build a new factory for its futuristic Cybertruck.

Joplin is offering Tesla a 1,042 acre site at a 50% discount, according to a website it has built to court the company led by billionaire Elon Musk. It’s also coaxing the car maker with a 100% tax abatement for 12 years and various other tax breaks and incentives.

The city, which is home to a pair of industrial-battery production facilities, has taken its campaign directly to Musk, with Joplin Area Chamber of Commerce President Toby Teeter appealing to the chief executive officer Monday on Twitter. Tesla didn’t respond to a request for comment on Joplin’s proposal.

Musk, 48, said in a March 10 tweet that Tesla was scouting locations to build the Cybertruck somewhere in the central U.S. In addition to producing the still in-development pickup, the CEO said the factory will make Model Y crossovers for customers on the East Coast.

Part of Joplin’s appeal is cheaper labor. The median for hourly earnings in the city is $27.86, significantly less than Austin, Texas, or Nashville, Tennessee, which also may be vying for Tesla’s attention. Joplin says Tesla will be able to save $75 million annually on payroll compared with the manufacturing and engineering wages paid in those other markets.

Tesla rose as much as 14% Tuesday after a Credit Suisse analyst upgraded the stock to the equivalent of a hold. The gain extends a seven-day run in which the shares have surged more than 60%.