Tesla on the hunt for Cybertruck plant location in central US

Last month, Tesla CEO Elon Musk had hinted that a factory could be built in Texas. The company narrowed the finalists to five states -- Arizona, California, Nevada, New Mexico and Texas -- and Nevada prevailed.
By : Bloomberg
| Updated on: 11 Mar 2020, 08:38 AM 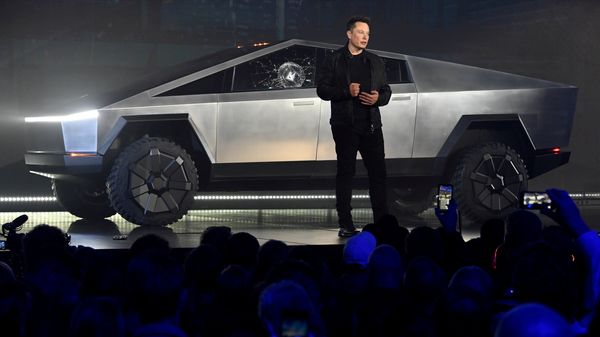 Tesla Inc. is looking for a location for a Cybertruck plant in the central U.S., Elon Musk tweeted Tuesday, as the electric-car maker expands its manufacturing footprint.

Musk unveiled the Cybertruck electric pickup in November in a bid to take on the likes of Ford Motor Co. and General Motors Co. A botched demo that featured shattered glass generated enormous buzz and prompted the automaker to sell T-shirts featuring the broken windows.

In 2014, Tesla announced plans to build a massive battery manufacturing plant, setting off fierce competition for what was then one of the country’s biggest economic-development prizes. The company narrowed the finalists to five states -- Arizona, California, Nevada, New Mexico and Texas -- and Nevada prevailed.

Last month, Musk hinted that a factory could be built in Texas. The Texas Enterprise Fund, created by the state’s legislature under former Governor Rick Perry, has become one of the largest payers of economic-development incentives in the nation. Texas offered $2.3 million to entice SpaceX, the rocket company Musk founded and runs, to locate a launch facility in Brownsville, on the Gulf Coast near the Mexican border. Tesla’s chip team is based both in Palo Alto, California, where Tesla is headquartered, and in Austin, Texas.

Tesla’s sole U.S. auto-assembly plant is in Fremont, California, where the company makes the Model S, X and 3 and has begun producing the Model Y crossover. Commenting on his tweet Tuesday, Musk said “Model Y production for east coast too," without elaborating. Texas is the top state for pickup sales in the country and home to General Motors and Toyota Motor Corp. truck factories.