Tesla Model 3 helped the US carmaker to top the list electric vehicles sold in Europe.Renault Zoe, the previous best-selling EV, also had a record month.
By : HT Auto Desk
| Updated on: 29 Oct 2020, 11:06 AM 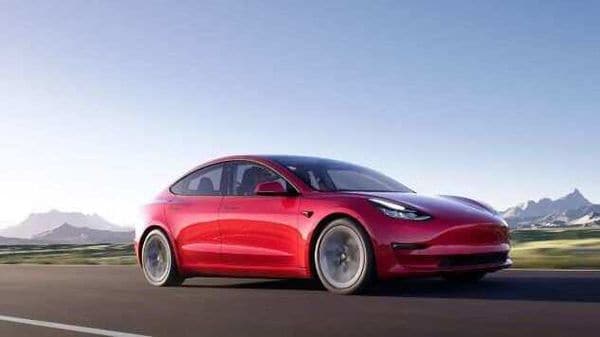 Tesla Model 3 emerged as the best-selling electric vehicle in Europe in September.

Electric vehicles in Europe seems to be selling like hot cakes while the overall passenger vehicle segment continues to suffer due to the Covid-induced lockdown. With more than 90,000 Battery Electric Vehicles (BEVs) sold, Europe is now looking to achieve a six-figure sales mark in the growing segment of electric vehicles by the end of the year.

In September, Tesla emerged as the biggest EV seller with the help of its Model 3 sedan. Tesla delivered 16,125 Model 3 sedans last month, most of them in the United Kingdom. The Tesla Model 3 sedan managed to overthrow the previous segment leader - Renault Zoe - by a margin of more than 5,000 units.

Tesla Model 3 sales in Europe may shoot up further as the US EV maker has started to ship China-made models to 10 European countries this month. Tesla has already shipped 7,000 sedans from Shanghai by the sea. And with the new Gigafactory in Berlin coming up, Tesla hopes to increase its dominance in the segment in the European countries in near future.

The second best-selling electric vehicle in Europe last month was Renault Zoe. Despite losing out to Tesla Model 3, Renault Zoe has had the best month in September, selling more than 11,000 units across Europe.

Renault Zoe has seen a phenomenal 2020 so far. In the first nine months of 2020, registrations of the Renault Zoe doubled to 15,730 units, compared to the same period last year. The Zoe was not only the Renault Group's best-selling model on the German market, but was also able to further expand its position as the best-selling electric car in Germany.

Volkswagen's ID.3 emerged as the third best-selling electric vehicle in Europe last month. Launched earlier this year, Volkswagen started delivering the new ID.3 after half of the year passed by. Yet, it managed to sell more than 8,500 units across Europe, mainly in Norway and Germany. However, if the number of bookings convert to units sold, Volkswagen ID.3 could put up a strong competition to both Tesla Model 3 and Renault Zoe before the year ends.

No wonder then that Tesla CEO Elon Musk declared 'war' on Volkswagen a couple of months ago when he visited one of the facilities in Europe. He even drove around in a Volkswagen electric car.

A media report has suggested that Tesla could be working on developing a Model 3-based hatchback that could help it tame any challenge that the VolkswagenID.3 could potentially throw at it. The Model 3 is, by far, the most popular EV sedan and is also the most affordable from Tesla and a hatchback version based on it could once again rile up the market.