Home Auto News Tata Motors Takes A Dig At Upcoming Hyundai I20 2020, Rival To Its Altroz

Tata Motors takes a dig at upcoming Hyundai i20 2020, rival to its Altroz

The new-gen Hyundai i20 will lock horns against Altroz from Tata Motors in the premium hatchback space.Tata Motors has now taken a dig of sorts at Hyundai i20 2020 with its cryptic Halloween post.
By : Prashant Singh
| Updated on: 31 Oct 2020, 09:10 PM 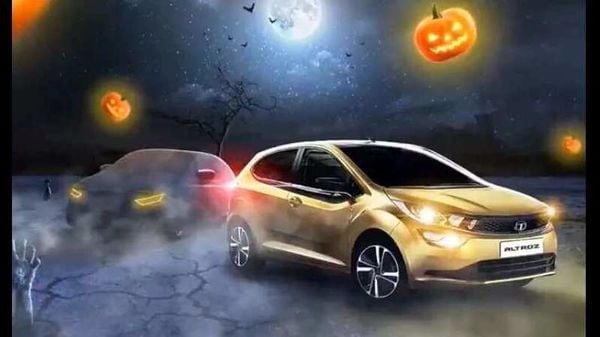 Tata Motors recently shared a cryptic post taking a dig at the upcoming all-new Hyundai i20 premium hatchback. It's easy to see just why since Tata sells its Altroz in the same segment which is a direct rival to the i20. The homegrown automaker posted a tweet saying, "You can i the trick 20 times, but it's the treat that you fall for."

You can i the trick 20 times, but it's the treat that you fall for.#TheGoldStandard #HappyHalloween #Halloween2020 pic.twitter.com/1n7SQ4axNh

The message is as loud as it gets, the upcoming i20 is called a 'trick', while Altorz a 'treat', of-course in reference to the Halloween. Now, looks like what made the Tata post such humorous message might be the fact that i20 comes fully revamped for 2020, backed with some very promising set of features and looks. While its rival Altroz, is about to turn one year old soon since it was introduced in the early-2020.

Hyundai has already started accepting bookings on the new i20 at a reservation amount of ₹21,000 and is inviting customers to get the car booked both online via 'Click 2Buy' platform and offline at the company dealerships.

While the i20 has already been a fairly popular car in its segment, the new-gen model is clearly going to stand in a league of its own. Apart from Altroz, some other cars in the segment include Volkswagen Polo and Maruti Suzuki Baleno. This premium hatchback segment is very critical for carmakers in India since it has continued to show growth and volumes in the past.