A team of students from IIT BHU have become one of the first student-based communities in India to have built a hydrogen-based vehicle prototype.
By : HT Auto Desk
| Updated on: 17 Aug 2020, 12:41 PM 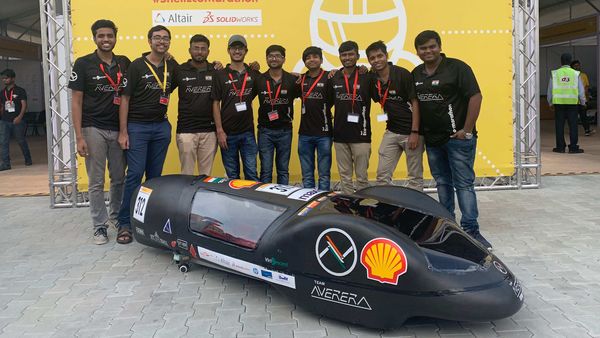 Team Averera from IIT BHU with its hydrogen-powered vehicle prototype

Hydrogen-powered vehicles have for long been touted as a step towards promoting green mobility. In fact, they have potential advantages over battery-powered cars, including quicker refueling and longer range.

Students of IIT BHU have become one of the first student-based communities in India to have built a hydrogen-based vehicle prototype. Called Averera, the team of the automobile enthusiasts, developed the hydrogen-powered Urban-concept car at the Asia leg of the Shell Eco-marathon 2020.

Averera was founded in 2013 with the vision to to develop India’s most efficient EV. "Later, (we) found Shell Eco-marathon as an international platform that has a similar vision of efficient mobility," says Dr Amitesh Kumar, Assistant Professor, Mechanical Engineering at IIT (BHU) and the team mentor.

Under his guidance, the concept of hydrogen-powered vehicle was first proposed in 2019 and took a period of 10 months to be completely ready as a manufactured prototype. The prototype is governed by aerodynamics, aesthetics and optimal weight distribution for maneuverability and driver safety. It uses carbon fibre wheels which prevent the turbulent airflow expected for a spoked wheel. Weight of conventional hand-brake actuation has been reduced.

To incorporate the hydrogen technology in the vehicle, the student team followed research work by companies like Toyota Mirai and Hyundai Nexo, Tanmay Goyal who handled controls for Averera, tells HT Auto. "We introduced re-energising of the energy dissipated in braking to produce hydrogen on board while driving the car." 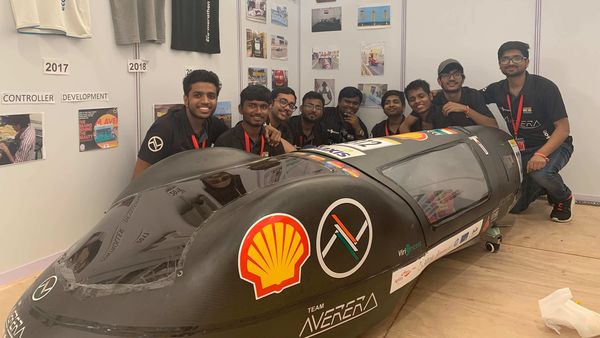 The team believes that converting on-road vehicles to hydrogen fuel-cell vehicles may improve air quality, health, and climate significantly. In fact, it can further cover up the loopholes in electric vehicles. "While EVs require significant time for recharging its battery, fuel cell vehicles can be refuelled with H-gas easily like a petrol/diesel car," says Shubham Yadav who contributed to the Hydrogen Fuel Cell department of Averera.

(Also read: Hyundai hydrogen chief on why the company bet on fuel cells)

Looking at the safety angle of hydrogen in vehicles, its production, storage and transportation have posed a threat to safety. However, "research on the safe production of the gas, it's storage at hydrogen stations and installation of the fuel cell is on progress in the industries", says Rishabh Singh of Electronics at Averera.

The student team has implemented safety norms for onboard hydrogen-safety in the prototype. "We have developed a hydrogen detection sensor to detect the presence of the gas in driver and fuel cell compartments," adds Singh. In case of gas leakage or malfunctioning, there is a provision to kill the circuit automatically and stop the vehicle.

With the advancement towards green mobility, more and more auto manufacturers and startups around the world are investing in hydrogen technology. Recently, the Indian government invited suggestions from stakeholders for inclusion of hydrogen-enriched CNG as an automotive fuel.