Hyundai hydrogen chief on why the company bet on fuel cells

Saehoon Kim, senior vice president and head of Hyundai Motor Co.’s Fuel Cell Center, explains what may be the future of fuel cells technology at Hyundai.Fuel cell powered vehicles have potential advantages over battery-powered cars, including quicker refueling and longer range.
By : Bloomberg
| Updated on: 02 Jul 2020, 09:51 AM 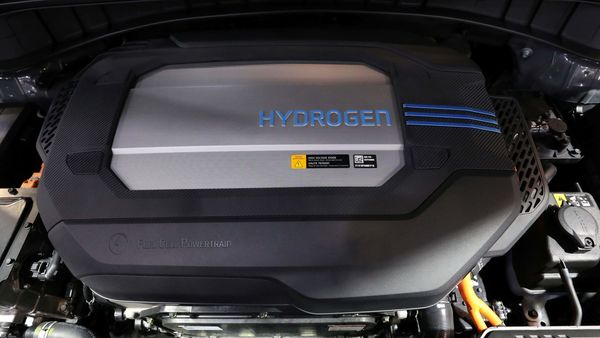 Fuel cell vehicles that use hydrogen and emit only water have long been a goal of green-energy advocates. They have potential advantages over battery-powered cars, including quicker refueling and longer range. But they remain a novelty, accounting for less than 0.1% of the nearly 100 million vehicles produced each year.

To find out what may be the future for the technology, we talked to Saehoon Kim, senior vice president and head of Hyundai Motor Co.’s Fuel Cell Center. Kim has been working on fuel cell technology at Hyundai since 2003 and led the team that produced the world’s first production vehicle running on hydrogen, based on the company’s popular Tucson SUV. In 2018, he led the launch of the Korean automaker’s second-generation, purpose-designed, fuel cell vehicle, the NEXO. Here’s what he had to say about:

When we started we had no technology of our own. We weren’t that big in 2003 and it wasn’t easy for us to buy components. We bought a fuel cell power system from UTC Power for $1.2 million. It was expensive and it was really for space shuttles, so technically it wasn’t even for use on the ground. That’s when we decided we needed to develop our own system.

We built an R&D center and in 2006 our Chairman Chung Mong-koo visited it. Until then we really didn’t know what the chairman thought about fuel cell technology. I was a division head at that time, I wasn’t anyone senior. He said hydrogen fuel cell technology is democratic and these fuel cell powered vehicles will be available in Africa. I don’t think he was thinking of earning money but mostly thinking of the need to be socially responsible.

He said: ‘I will give you the money so go and make 100 of these hydrogen-fueled vehicles. They don’t all need to be made with the same technology. Use different technologies in building these vehicles.’ 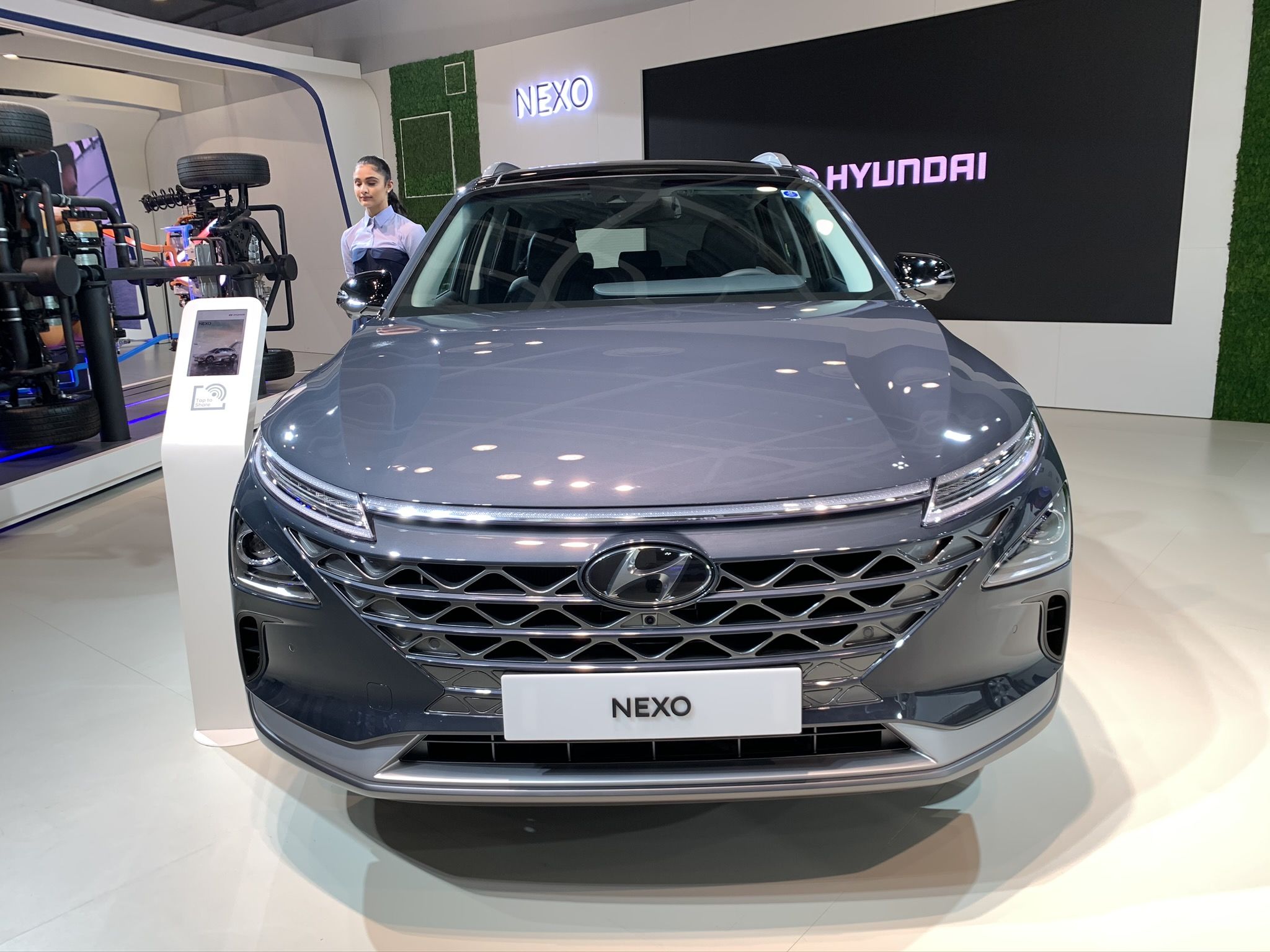 Hyundai Nexo: The South Korean carmaker displayed Nexo, its Hydrogen fuel cell electric vehicle at Auto Expo 2020. It is company's way of presenting an alternate technology for cleaner vehicles in the future. Hyundai said the Nexo filters air while driving, and the only byproduct is water.

Why hydrogen vehicles are still so rare

Developing hydrogen fuel systems isn’t an easy job because a lot of money needs to be invested in the early stages. It’s very hard to sustain this business unless you have an owner who is willing to invest for 10 years without earning anything. That’s one of the reasons why a lot of companies have given up.

Recently, there has been a lot of M&A activity in the hydrogen-cell sector. Joint ventures are being set up and big name companies are acquiring hydrogen-related firms. Things are changing quite fast.

There is no difference in the basic technology. What makes this sector difficult is that the initial expense is very high. In the case of battery technology, all you need is an inverter. Anyone can produce batteries with a few components. With fuel cells, a lot of people think all you need is hydrogen cells but all that gives you is the energy. There are a lot of other components that are needed and you need a fuel tank. In order to form a supply chain, you need 10 years of constant efforts.

Eventually what we want is to sell our fuel-cell system technology. We will use this technology on our vehicles but we also want to make it available for other automakers, which will include manufacturers of trucks and buses. We also plan to offer our technology to sectors like utilities, shipbuilding and trains.

We launched the fuel-cell version of the Tuscon in 2013 and we produced 1,000 for five years, or 200 a year. For the Nexo, we produced 6,500 up to last year and this year we expect to produce 13,000. When we first started producing Nexo, we planned to produce about 3,000 a year initially. Our project is ahead of our schedule. Hyundai aims to produce 13,000 hydrogen cell-powered cars this year, almost double the 6,900 units it made in the last seven years. Toyota Motor Corp. has said plans to produce 30,000 hydrogen-powered vehicles this year and 200,000 by 2025. the company expects to have the capability for 500,000 fuel cells for passenger cars and commercial vehicles by 2030 and 200,000 units for the non-auto industry.

(Hyundai Motor plans to produce fuel-cell trucks from 2023 after undergoing trials in 2021 under an agreement with South Korea’s Ministry of Environment.) 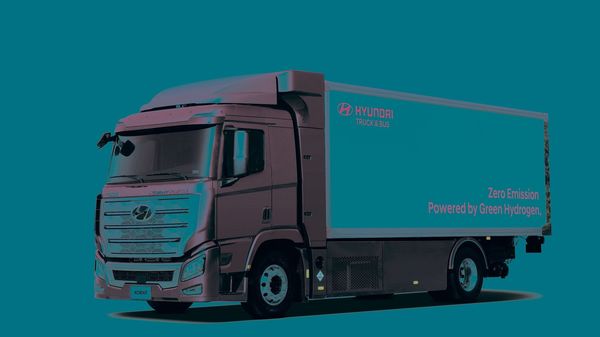 People are saying that trucks should come first, then passenger cars, not because technology is more developed for that segment, but because trucks have no other solution. But in order to develop fuel cell systems for trucks, it has to be done first with passenger vehicles because you can mass produce. Truck volumes can’t come close to volumes of passenger cars. We can come up with various scenarios to reduce costs by mass producing cars that would be hard to do with just trucks. That’s why we plan to develop for both cars and trucks at the same time. A lot of technologies used for cars can be applied to trucks.

Right now, hydrogen is made as a by-product of fertilizer and oil refining. South Korea isn’t ideal for wind and solar energy. Korea will produce what it can from the renewable energy capacity it has but it won’t be enough. The rest will be imported from areas that have lots of renewable energy. South Korea and Japan are considering bringing hydrogen from Australia.

Our target is 2025. We believe the market will be open for hydrogen-celled vehicles in 2025. The reason is we believe the general public will realize why we need hydrogen-fuel systems and environmental regulations will be strengthened. Right now, total cost of ownership for hydrogen cells isn’t on the same level as EV batteries. Our goal is to bring our costs down to similar or below that of battery-powered cars.

The other problem is that there are some companies that make components who aren’t prepared for the hydrogen-fuel era because they didn’t expect it to come so soon. They don’t have the production capacity ready.

(Also Read: Every second buyer of 2020 Hyundai Venue in this country is a woman)

I think both Hyundai and Toyota have strong confidence in hydrogen compared with other companies. In California, they said that they are bringing forward plans for zero emissions by 2030, but it’s going to be very hard to achieve that with just batteries. People will come to realize that hydrogen is the answer to meeting these emissions regulations.