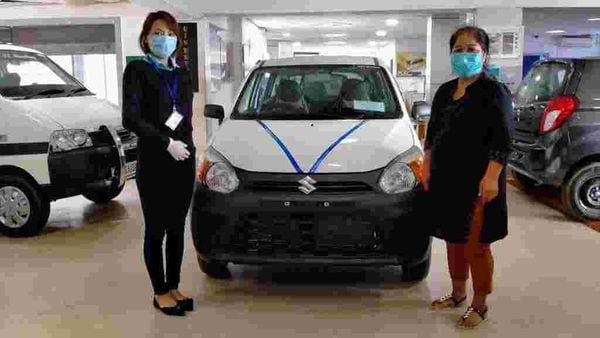 Maruti Suzuki India and MG Motor are the only two passenger vehicle makers in the mass segment to offer above 5 per cent average fixed dealer margins, which is still short of 7 per cent of selling price that automotive dealers have demanded from auto makers.

According to a recent survey by Federation of Automobile Dealers Associations (FADA), the average fixed dealer margin in India is much lower compared to countries like the US (8-10 per cent); China (9-11 per cent), 13-14 per cent in France, Germany, Italy, Spain, Belgium and Denmark; 12-14 per cent in South Africa and 6-8 per cent in the UK.

As per the study, among the major volume payers in mass PV segment, on an average across all models Maruti Suzuki India has a fixed dealer margin of 5.07 per cent; Hyundai Motor India 4.38 per cent; Tata Motors 3.74 per cent; Mahindra & Mahindra 3.75 per cent, Honda 3.41 per cent, Toyota Kirloskar Motor 2.32 per cent, Kia Motor 4.43 per cent and MG Motor India 5.22 per cent.

(Also watch: FADA explains why layoffs may not be the only option for vehicle dealers amid lockdown)

When contacted for comments, FADA President Ashish Harsharaj Kale told PTI, "We are at such a low level globally and otherwise also in India at 4 to 5 per cent, if you look at the kind of input that a dealer puts in specially in the last four-five years".

Stating that dealers have expanded infrastructure, upgraded manpower and cost increases have happened in the business based on OEM inputs, he said, "Over the time profitability has come down. These (margins) are okay five years back (but not anymore)".

According to the FADA study, in less than ₹4 lakh segment, Maruti Suzuki (MSI) provides its dealers a fixed margin ranging between 5.58 per cent and 6.05 per cent, while Renault India offers 4.32 per cent to 4.33 per cent.

He said the idea behind seeking higher fixed dealer margin is to help the them tide over the tough times, especially due to coronavirus pandemic.

"Now with coronavirus, the kind of drop that we are going to see, SIAM has projected a drop of (sales) 35 per cent if the GDP is 1-2 per cent, now projections are coming up for negative GDP so what is going to happen.

"So, we thought the combined effort of getting down cost and increasing margin would be good for surviving this year. And then going forward, it will build up sustenance in our business," he said.

"Whatever resources we have we have been always spending on upgradation continuously that's why we are hit much more badly. Dealers did not have enough sustenance to survive one and half months with zero revenue situation and expenses continuing."