Fiat Chrysler had claimed that the Mahindra's Roxor is a “nearly identical copy” of its Jeep, particularly the “boxy body shape with flat-appearing vertical sides and rear body ending at about the same height as the hood.”Mahindra had denied the charge.
By : Bloomberg
| Updated on: 12 Jun 2020, 11:09 AM 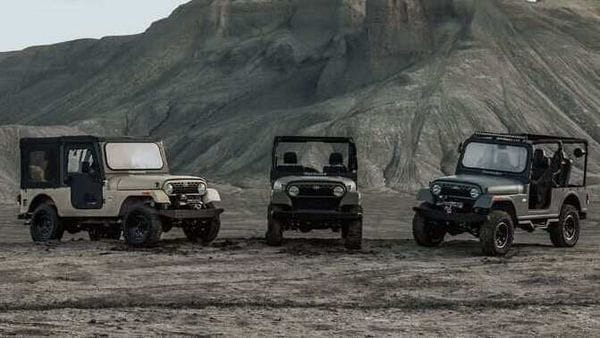 Fiat Chrysler Automobiles NV won its bid for an order to block US imports of Mahindra & Mahindra’s Roxor off-road vehicle that it said copies the look of its iconic Jeep Wrangler, the International Trade Commission said in a notice posted on the agency’s website.

The commission upheld, with modifications, a judge’s finding that Mahindra’s off-road vehicle is a copy of the Jeep. The Trump administration can veto the ban on public policy grounds, though that rarely happens.

Fiat Chrysler claimed that the Roxor is a “nearly identical copy" of its Jeep, particularly the “boxy body shape with flat-appearing vertical sides and rear body ending at about the same height as the hood."

Trade Judge Cameron Elliot in November found that the Roxor would infringe the trade dress of the Jeep as defined by six specific design elements, but not the registered trademarks for the Jeep’s front grille. He recommended that the commission block imports of the Roxor kits and components, saying Mahindra is purposefully trying to evoke the Jeep image, which would erode the value of the Wrangler.

Both sides asked the commission to review the portion of the decision they lost.

Mahindra, India’s largest maker of sport utility vehicles, makes the components in India and the Roxor is assembled at a plant in Michigan. It’s already hurting from a slowdown in India’s market for cars and trucks and reported no domestic sales in April because of the coronavirus pandemic. The US market, the most popular in the world for off-road vehicles, could help it weather the pandemic.

In January, Mahindra said its 2020 Roxor model had “significant styling changes" and it would “make additional styling changes, if so required, in cooperation with the ITC." The 2020 vehicle, dubbed “The Beast," starts at $16,599, according to Mahindra’s website.

(Also read: Why BMW is irked with this Indian e-rickshaw maker)

In a filing with the commission, Mahindra said its new models aren’t in violation, and that Fiat Chrysler is trying to grab “a practical monopoly over the import and sale of components used in any boxy, open-topped, military-style vehicle."

Fiat Chrysler said that Mahindra plans to “design right up to the line of infringement," and said any question of whether the newer models should be allowed in the US can be decided later.

While Covid-19 has slowed the $12.2 billion market for off-road vehicles this year, it’s expected to rebound next year, with the biggest growth in North America, according to analysts at Stratview Research. The US accounted for more than 60% of global off-road vehicle sales in 2018, the report said.

The case is In the Matter of Certain Motorized Vehicles and Components Thereof, 337-1132, US International Trade Commission (Washington).