Royal Enfield registered sales of 58,838 motorcycles in the month of January 2022.Royal Enfield said its international business grew stronger with the launch of several new products including the Classic 350.
By : HT Auto Desk
| Updated on: 01 Feb 2022, 06:09 PM 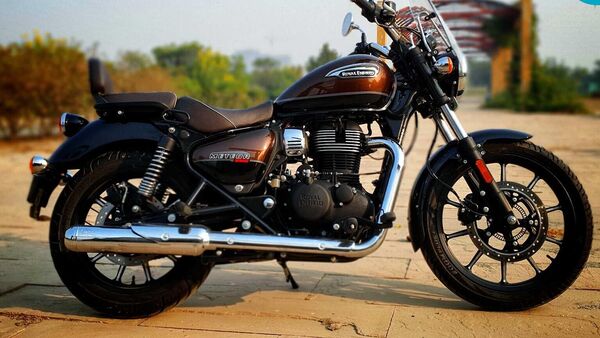 Royal Enfield announced on Tuesday that it has managed to register sales of 58,838 motorcycles in the month of January. This is 15% less than the sales of 68,887 motorcycles for the corresponding month of 2021. This performance includes sales from both domestic as well as export markets.

The domestic sales slumped 23% at 49,726 in January 2022, when compared to 64,372 units sold the corresponding period a year ago. While the domestic figures fell by 23%, the exports, on the flipside, rocketed a direct 102%. The company shipped out 9,112 motorcycles last month as compared to 4,515 during the same period last year, marking an export market growth of over 102%.

The company added that its international business grew stronger with the launch of several new products including the Classic 350 which was launched in several international markets such as the Philippines, Korea, Australia, and New Zealand.

Moreover, the 100,000th unit of the all-new Classic 350 also rolled out from the company’s manufacturing facility recently. The brand added that the new Classic ‘continues to receive an overwhelmingly positive response' across markets from experts and the riding communities.