Tesla is recalling vehicles more frequently than ever before which, while a positive proactive step to check faults, may also hit its claims of high quality electric cars.
By : HT Auto Desk
| Updated on: 04 Feb 2022, 09:38 AM 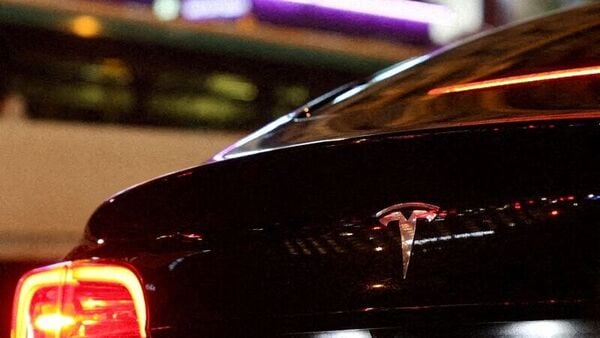 Tesla issued yet another recall order in the United States recently with this order covering more than eight lakh vehicles for a possible fault in the seat belt reminder alert system. While it is a proactive step for automotive companies to issue recall orders and check and fix potential flaws, this is the ninth recall order from Tesla since October of last year.

US auto safety regulatory authority National Highway Traffic Safety Administration (NHTSA) said that the most-recent recall order by Tesla includes 2021-2022 Model S and Model X, 2017-2022 Model 3 and 2020-2022 Model Y. It is suspected that a software error may silence the mandatory alert sound that reminds a driver to put his or her seat belt on.

(Also read: It's Elon Musk vs Joe Biden in battle for some attention, much recognition)

The flurry of recall orders in the past three months has put the focus right back on quality concerns in Tesla vehicles. Recent recall orders issued cover a range of possible flaws, from checking the rather controversial Full-Self Driving capability to suspected fault with rear-view cameras and even faulty front trunk latches.

Automotive experts say that while Tesla is undoubtedly the power player in the electric vehicle arena the world over, it may not always be enough to manufacture and deliver in huge numbers. ““Tesla has one foot in auto-making, which is difficult, and they’re not experienced and arguably not that good at it yet," Kevin Tynan, a Bloomberg Intelligence analyst, said. "The other foot is in technology, where this is what you get when you push the envelope and the regulatory environment isn’t completely in place yet."

Tesla has had to face the wrath of several customers in international markets in the past. The most jarring was when a woman climbed on top of a Tesla model at an auto show in China to protest against what she claimed were faulty brakes in her Tesla.

While Tesla and CEO Elon Musk say that there is a determined effort on maintaining a high quality, NHTSA suspects that there could be even more recalls in the offing in the times to come as it is reviewing other complaints as well.