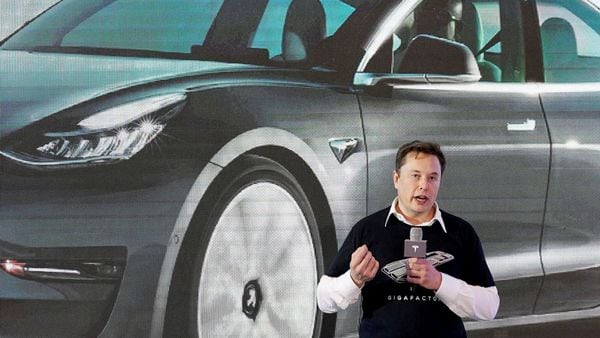 Union Minister of Road Transport and Highways Nitin Gadkari has urged US electric carmaker Tesla to start its production of electric vehicles in India as soon as possible. Gadkari assured Tesla that the government will help the EV maker create industrial clusters in the country.

Nitin Gadkari was speaking at Raisina Dialogue 2021 where he answered a lot of questions ranging from India's progress in electric mobility, EV battery manufacturing, vehicle scrappage policy among others.

“I had a video conference with Tesla management. And I suggested them that it is golden opportunity for them to start manufacturing here in India because, as far as auto components are concerned, Tesla is already taking a lot of components from the Indian manufacturers," said Gadkari during the event.

(Also read: Tesla for India or India for Tesla? The question of if, why and when)

Urging Tesla to set up its manufacturing facility in India as soon as possible, Gadkari assured that Tesla could develop its own vendors and export vehicles to other countries as well. Gadkari also suggested that Tesla should begin its India operations soon, or else other EV manufacturers operating in India will soon be able to manufacture cars of Tesla's standard.

“Day by day, the Indian product is also improving and within two years we will get the electric vehicles of Tesla’s standard in Indian market. So, in the interest of Tesla, I suggest that they start manufacturing as early as possible. It will be beneficial for them," said Gadkari.

However, Tesla has not confirmed yet that it will start its electric vehicle production facilities in India. As of now, the world's most valuable carmaker is only looking at selling its vehicles in major Indian cities like Delhi, Mumbai, and Bengaluru. (Detailed report here)

Tesla had registered its Indian arm Tesla India Motors and Energy Private Limited with RoC Bangalore in January this year. Recently, Karnataka Chief Minister BS Yediyurappa has claimed that Tesla has confirmed it will set up its first Indian facility in this state. Once Tesla begins production in India, it would be its second facility in Asia outside China and will give a massive shot in the arm for electric vehicle manufacturing in the country.

According to recent media reports, Tesla is likely to start its India business by bringing in its most affordable Model 3 sedan by the end of the year. Tesla Model 3 will be reportedly imported via the completely built unit (CBU) route and is likely to be priced from ₹55 lakh onwards.