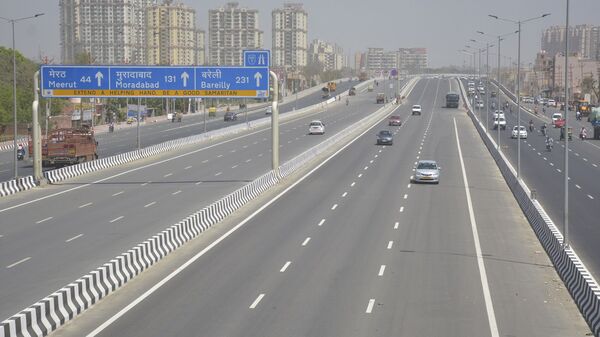 File photo of the Delhi-Meerut Expressway. (Used for representational purpose)

The toll manager also informed that one will not have to pay the toll tax during entry on the expressway. The toll will be deducted at the exit point. “That is, the more the vehicle runs, the more tax will have to be paid," he said. To ensure the safety the authorities have also installed cameras on the toll plaza.

The highway authority on Thursday had revised toll fee rates for the Delhi-Meerut expressway by 10 to 15 per cent. The new rates will be effective from Friday and these rates will vary for different vehicles.

The new rates from Sarai Kale Khan to Rasoolpur Sikrod Plaza are ₹100 and about ₹130 will be charged from those who want to go to Bhojpur. The tax will be charged at the six entry/exit points that are located on the expressway namely Sarai Kale Khan, Indirapuram, Dundahera (Vijay Nagar), Dasna, Rasoolpur Sikrod, Bhojpur and the main toll plaza is located at Kashi in Meerut. The previous rates for cars and jeeps were ₹140. The authorities will charge ₹155 as per the new rates, for the stretch between the toll plaza on Sarai Kale Khan and the Kashi toll plaza in Meerut.