Hector Plus helps MG Motor post growth of 41% in August

MG Hector Plus is witnessing significant traction from the family segment as people begin to travel with easing restrictions.
By : HT Auto Desk
| Updated on: 01 Sep 2020, 01:59 PM 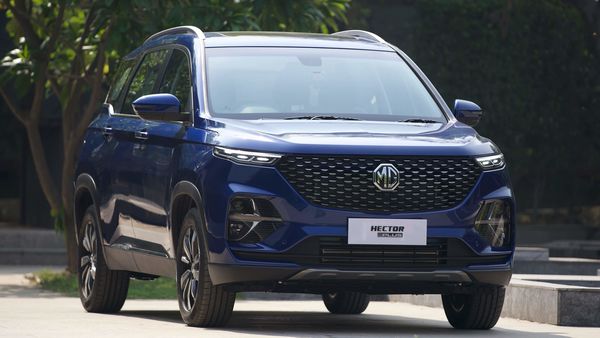 MG Motor India has recorded an increase of 41.2 per cent in its retail sales in August, 2020.

MG Motor India has recorded an increase of 41.2 per cent in its retail sales in August. The carmaker sold 2,851 units of cars last month. MG offers Hector, Hector Plus and ZS EV SUVs in India.

In August last year, MG Motor India had sold 2,018 units. The China-based carmaker entered the Indian automobile market only a couple of months before that with the launch of its first product in India - the MG Hector SUV. It was dubbed as India’s ‘first internet SUV’.

In a statement issued by MG Motor India, the carmaker said that the recently-launched MG Hector Plus is also witnessing significant traction from the family segment as people begin to travel with easing restrictions. The carmaker also said that there was good traction in the electric vehicle (EV) segment as well. MG ZS EV is the only electric vehicle the company is offering in India so far.

With the support of state governments in Delhi and Telangana, the company hopes that the EV category would see a further increase in momentum soon, MG Motor India said.

MG Motor India, Director - Sales, Rakesh Sidana said, "We have ramped up the overall production in August compared to July. We are working on fulfilling existing backorders for the Hector and prioritising vehicle deliveries for the ongoing festive season."

The recovery in upcountry markets has been faster which should augur well during the festive season, he added.

The company is also getting ready for the launch of its new SUV Gloster by Diwali this year, the company said. Gloster was first showcased at Auto Expo 2020 back in February and while the production version is likely to have some key changes, the SUV is looking at helping MG storm a very competitive segment that also has Mahindra's Alturas G4.