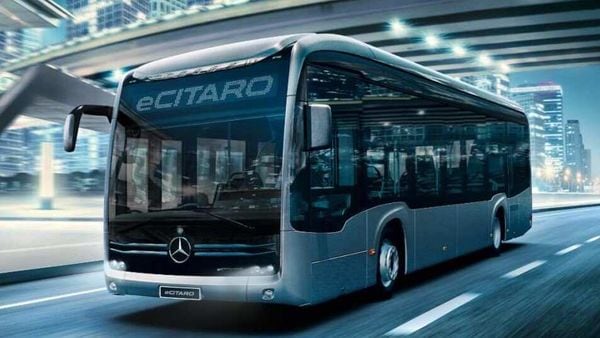 In a social media post, Mercedes-parent Daimler said that the Romanian capital of Bucharest had ordered 500 Mercedes-Benz Citaro city buses in 2005. "Now, one has logged one million km....Even more impressive: The bus has had a single driver for the past 12 years!," the post read.

Even more impressive: The bus has had a single driver for the past 12 years! pic.twitter.com/MNwBYOWQSh

The Mercedes-Benz Citaro is a low-floor city bus available in different seating configurations. The bus' flexible handrail system and ergonomically shaped seats make it a comfortable commute option across Europe and parts of Asia.

The bus' almond-shaped headlamps give it a typical Mercedes look. It deploys the BlueEFFICIENCY Power drive system making it the first regular-service bus with Euro 6 standards. From safety point of view, the Citaro buses come with anti-lock braking system and other safety features which help in mastering critical driving situations.

(Also read | Mercedes on a brick: Thieves vandalize rare CLK, race away with its wheels)

Mercedes hit a major milestone in December last year with more than 55,500 units of the bus delivered. The automaker has also developed an all-electric eCitaro city bus that it says is successfully operating in a number of European cities.