McLaren 720S Daniel Ricciardo edition will have only three units.These units will be available only for Australian customers.
By : HT Auto Desk
| Updated on: 04 Dec 2021, 04:30 PM 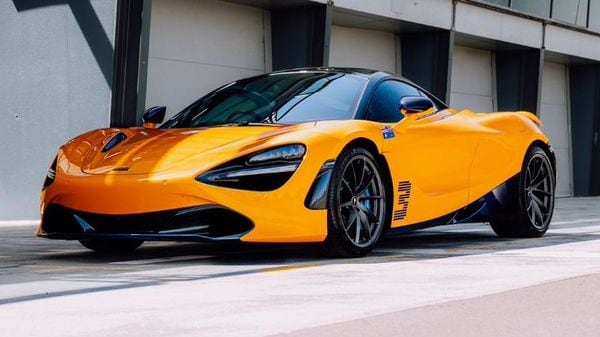 The first McLaren 720S Daniel Ricciardo edition has been introduced in Australia. The automaker had unveiled the limited-edition car in late September to celebrate Ricciardo’s win at the Italian Grand Pix. The company in partnership with McLaren dealerships in Sydney and Melbourne is going to manufacture only three units of this car. These units will be available only for Australian customers.

This model that was spotted near Albert Park donned the Papaya Spark orange and Burton blue paint scheme similar to the current McLaren MCL35M Formula 1 car. The rest of the units too will sport the same colour combination. The McLaren 720S Daniel Ricciardo also flaunts Ricciardo’s racing number, 3, on its doors. It also has black wheels and blue brake callipers. 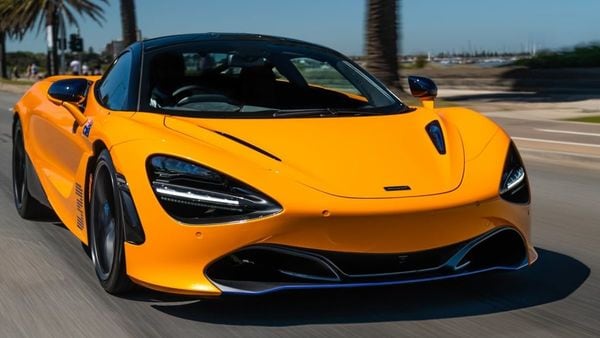 The side sills of the supercar have the inscription of Ricciardo’s signature. (McLaren)

The interiors also echo the paint scheme of the exterior of the supercar. The Papaya Orange accents can be observed across the seats, dashboard, door panels and steering wheel. The side sills have the inscription of Ricciardo’s signature. The automaker  not divulged the price of the limited-edition supercar.

George Biggs, commercial executive director, McLaren Automotive shared that this special edition model is the perfect celebration of its Perth-born racer. “We’re delighted to see the first of this exclusive series arrive in Australia, as at home on the tarmac around Albert Park as its namesake Daniel Ricciardo. Complete with the Australian flag adorning the front haunches, we’re excited to see it out on Australian roads," he added. Daniel Ricciardo, Formula 1 driver, McLaren Racing conveyed that it is a privilege to drive for McLaren. “One of the great privileges of driving for McLaren is getting behind the wheel of many of the marque’s exhilarating supercars and while each offers something unique, the 720S is the absolute benchmark," he also said.