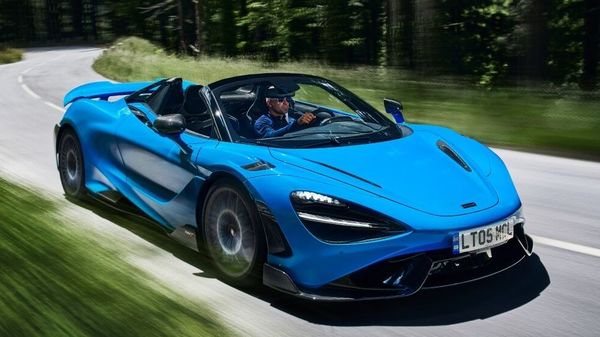 This Spider version features carbon fibre MonoCage II that was developed alongside the coupe monocoque. This supercar borrows many of its structural elements including the windscreen surround from the coupe version. The rear of the car has carbon fibre structural supports that are completely bonded with the chassis. This provides the supercar rollover protection, says the automaker. 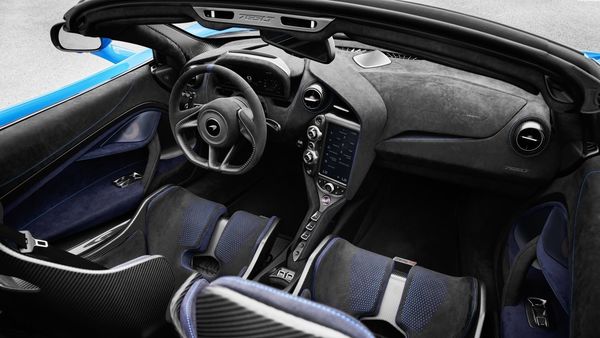 The car also features McLaren Special Operations (MSO) which can help the user to tune the car according to their individual choice and preferences. (McLaren)

Under the hood, the 765LT Spider boasts a twin-turbocharged M840T 4.0-litre V8 engine that can generate power of 755bhp at 7,500 rpm and has a peak torque of 800 Nm at 5,500 rpm. Mclaren informs that the supercar can zip from zero to 100 kmph in 2.8 seconds and 200 kmph comes up in 7.2 seconds. The Aero button in the cabin engages ‘Driver Downforce’ that sets the wing angle depending on speed. The supercar's exclusive brakes, wheels and tyres also contribute to enhanced dynamic feedback and driver engagement.

Chief engineer of McLaren Automotive James Warner shares that driving the 765LT Spider is as rewarding as driving the coupe, if not more. “We developed the 765LT Spider to be a car without compromise, every bit as exciting and rewarding to drive as the coupe, with all of the connection, closeness and engagement – but with the added benefit of so much more of that amazing LT sound, even closer to the driver,“ he adds.

The car also features McLaren Special Operations (MSO) which can help the user to tune the car according to their individual choice and preferences. Only 765 units of the supercar will be manufactured.