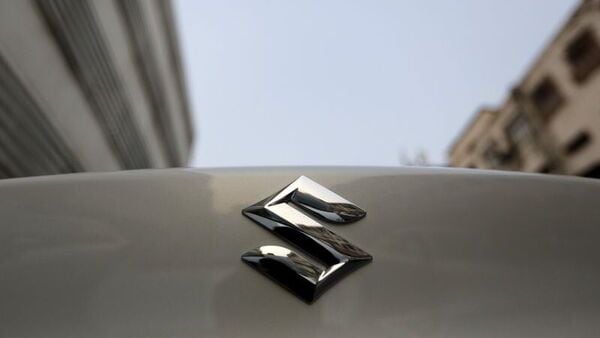 The logo of Maruti Suzuki India Limited is pictured on a car parked outside a showroom in New Delhi, India.

Home-grown automaker Maruti Suzuki aims to deploy hybrid technologies across its model range in the next five to seven years, a senior company official told PTI. The company aims to have both strong and mild green hybrid technologies in each of its models with an aim to enable better fuel efficiency as well as reduced carbon footprint. The company looks to prioritize technologies such as electric vehicles, CNG cars as well as ethanol and bio-CNG compliant engines.

The company's Chief Technical Officer C V Raman told PTI that in the next five to seven years, every model will have some element of green technology and there will be no pure petrol powertrain across the lineup. "When we come up with a technology, we try to democratise it by putting it across as many models as possible," he added.

Last week, HT Auto reported that Maruti Suzuki is gearing up to unveil a new mid-size SUV in the third week of July. Raman told PTI that the upcoming SUV is going to have a strong hybrid system. Hybrid cars have dual advantages of gasoline engines and electric motors. While a mild hybrid system offers some benefits, strong hybrid mechanism comes with bigger battery and offers considerable jump in fuel efficiency and in reduction of carbon footprint.

Speaking about Maruti Suzuki's vision of electric vehicles, Raman said that the to achieve government targets by 2030, the entire ecosystem will have to transition in the next five years, which is going to be a huge challenge. "...The work we did in the last 30 years in conventional vehicle development, we will now have to do in eight years," he said.

Maruti Suzuki aims to study all aspects of electric vehicles in the next three to five years to offer better solutions to its customers.