Maruti Suzuki is gunning for glory in the lucrative mid-size SUV space that has seen strong and sustained momentum in recent years.
By : Shubhodeep Chakravarty
| Updated on: 01 Jul 2022, 15:50 PM 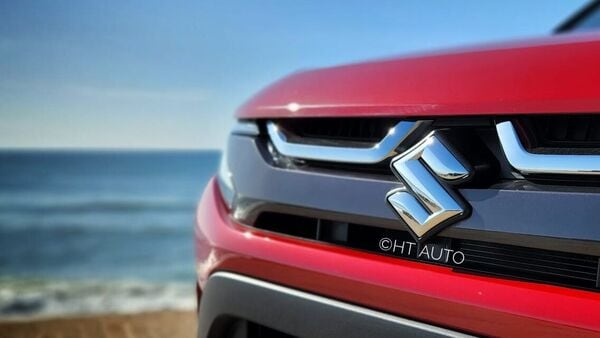 File photo of Maruti Suzuki logo. Image has been used for representational purpose only.

Maruti Suzuki is on a product offensive with a string of new launches in recent months. And while the likes of the updated Baleno, XL6 and Ertiga have been faring well, even the refreshed Brezza - launched on Thursday - has received over 45,000 bookings in a matter of weeks. But all eyes have also been peeled for an entirely new mid-size SUV from the Maruti camp and HT Auto can now confirm that the unveil for the model will take place in the third week of this month.

Maruti Suzuki has long been a power player in the compact and mini sub-segments and the Brezza has ruled the roost in the sub-compact SUV space. But the mid-size SUV segment too has grown by leaps and bounds with rivals making merry in the absence of the country's largest car maker here. This is something Maruti Suzuki now wants to address with the aim of replicating its success in lower segments here. Speaking to HT Auto, Shashank Srivastava - Senior Executive Director for Marketing and Sales at Maruti Suzuki India Limited (MSIL), explained the need to now storm the space. “Yes, we will be unveiling our mid-size SUV in the third week of July. Production for the model will be in August and we will take it from there. This segment is quite large, it is 18 per cent of the overall market," he said, admitting that there is clearly room for the taking. “In the non-SUV segment, Maruti's share is 67 per cent but when you look at the overall market share, it has come down to below 50 per cent. Reason primarily is that within SUVs, our market share is less."

Srivastava further pointed to two SUVs under the Maruti umbrella that play in a field littered with SUVs of all shapes and sizes. “In the entry-SUV segment, we have the Brezza which is a market leader (but) in the mid-SUV segment, we obviously need to strengthen ourselves. In the overall market, we have just two (SUV) models - Brezza and S-Cross, and there are 48 models in the industry (overall)," he elaborated. “If we need to achieve our market share, we need to strengthen the our SUV portfolio."

The confirmation for the unveil of the Maruti Suzuki mid-size SUV comes on the same day that Toyota took the covers off of its Urban Cruiser Hyryder mid-size SUV and also opening bookings for it. Maruti Suzuki and Toyota have combined forces to enter and push forward in this lucrative segment of passenger vehicles which is currently dominated by Hyundai Creta and Kia Seltos. The Suzuki-developed model would be manufactured at the Toyota Kirloskar Motor plant in Karnataka's Bidadi and sold as Maruti Suzuki and Toyota models. It had previously been confirmed that while the Maruti Suzuki model will offer mild-hybrid technology, the Toyota Urban Cruiser Hyryder has already broken cover as the country's first mid-size SUV with strong hybrid technology.