The MPV and sub-compact SUV segments have some established and acclaimed players from Maruti Suzuki but rivals have been increasingly making forays into these two bastions.
By : HT Auto Desk
| Updated on: 09 Jul 2020, 01:37 PM 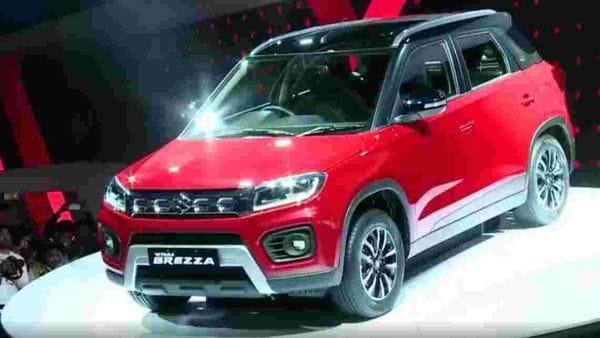 Vitara Brezza has been a power player for Maruti Suzuki for years but is facing increased competition in its extremely tight segment.

Maruti Suzuki is expected to build on its dominance in the passenger vehicles' segment in the country as most other car makers drive through troubled roads littered with woes of falling demand. The country's largest car maker has a strong presence in the rural market which has been predicted to usher in momentum while its garage full of products too helps its cause. A possible source of concern for the company, however, could be its loosening grip in the MUV and sub-compact SUV segment which has seen stiff competition from rivals.

(Also read: Why Maruti is betting big on railways to transport cars)

The sub-compact SUV segment in India, in particular, is a closely-fought space with the champions unwilling to cede an inch and challengers doggedly determined to nibble away. In a recent report published in Mint and attributed to Investec Securities Research, the share of utility vehicles in the passenger vehicles segment rose to 39% last fiscal from 34% but Maruti's share dipped to 33% from 38%. "A sneak peek into upcoming model launches indicate that the competition to further intensify and in absence of product introduction by Maruti, it could further lead to decline in market share," analysts at Investec were quoted as saying.

It is important to note here that cars like Vitara Brezza enjoyed massive dominance when first launched and this model was an instant hit after its debut in 2015. The recipe for success was soon replicated by others and rivals like Hyundai Venue and Mahindra KUV300 have found many takers. In the month of June, Brezza continued to outsell all others in its sgement - 4,542 units were sold, but Hyundai came close by selling 4,129 units of Venue.

The gap may be getting a little too close for comfort.

Bigger SUVs like Hyundai Creta and Kia Seltos are already dictating terms in the monthly sales charts. Maruti has no presence in the compact SUV segment yet and the sub-compact SUV segment is expected to get even more fierce with Kia readying Sonet and Nissan planning to launch a product that may be called Magnite.

The MPV segment has also seen several launches in recent months even if these products sit several price brackets above the likes of Maruti's Ertiga and XL6. Kia's Carnival is a luxury MPV in the plus- ₹25 lakh bracket while MG is gearing up to drive in Hector Plus.

Many analysts, therefore, do take it for certain that while Maruti's overall dominance courtesy its smaller cars may be eroded slightly by its falling fortunes in the sub-compact SUV and MPV segment. And with no official word on the fate of Jimny in India, bolstering the product arsenal - at least for now - remains unlikely.