Mercedes have opted to celebrate by running a 'Pride Star' emblem on both their W13 challenger and Hamilton and George Russell's helmets for the next three Grands Prix.
By : ANI
| Updated on: 12 Jun 2022, 09:18 AM 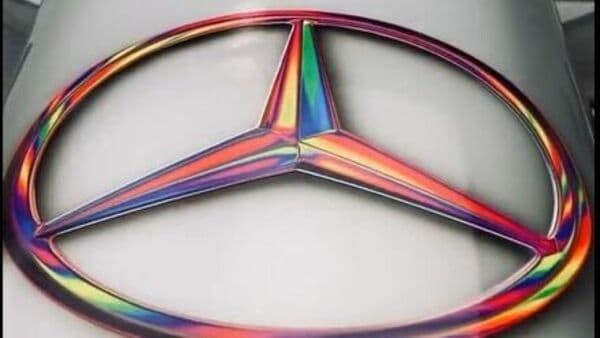 Mercedes are celebrating Pride Month by running a special rainbow emblem on their cars for the Azerbaijan, Canadian, and British Grands Prix - with driver Lewis Hamilton saying he is 'really proud' of the initiative.

Pride Month is held in June and focuses on raising awareness and celebrating the work of the LGBTQ community.

Mercedes have opted to celebrate by running a 'Pride Star' emblem on both their W13 challenger and Hamilton and George Russell's helmets for the next three Grands Prix, as part of their wider 'Accelerate 25' programme, with Hamilton - who earlier this week wished a "Happy Pride" to his social media followers - revealing what the move meant to him.

"I'm really proud of what we're doing with Mercedes with our Pride Month star, or 'Pride Star' on the car," said Hamilton ahead of the Azerbaijan Grand Prix weekend as per formula1.com.

"We have more than 100,000 people at Mercedes-Benz and creating a more inclusive environment is so important, and focusing on creating better diversity within your organisation is also so important within the sport," added Hamilton.

Among other moves by teams to celebrate Pride Month, Alpine's A522 will also feature a rainbow decal for the month of June - while Aston Martin driver Sebastian Vettel was the cover star of the July/August edition of Attitude magazine, with the four-time champion sharing his views on LGBTQ issues, and discussing how perceptions of the LGBTQ community had started to shift within the motorsport industry.

Early medium-tyred efforts saw Leclerc go fastest with a 1m 43.806s, Verstappen trailing by just 0.030s despite spending the first 15 minutes of FP2 in the garage with works undertaken on his rear wing and DRS actuator.