Lamborghini has informed that it is all set to bring first production plug-in models of track-focused Aventador, Huracan and Urus SUV next year.Lamborghini will also introduce four new products this year.
By : HT Auto Desk
| Updated on: 23 Jan 2022, 01:17 PM 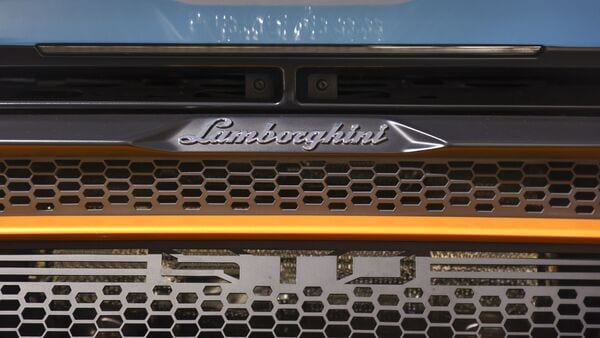 Lamborghini is all set for its final round of producing vehicles with internal combustion engines as the luxury automaker looks to switch its lineup to plug-in models of track-focused Aventador, Huracan and Urus SUV next year. It has planned to convert its entire offering by 2024.

Chief Executive Officer Stephan Winkelmann shared that the brand, for this year, has almost sold out its entire production run followed by record deliveries it made last year. “It will be the last time that we only offer combustion engines," Winkelmann said in an interview, as per a report by Bloomberg. He also added that 2022 started on a good note.

Lamborghini has made an investment of 1.5 billion euros ($1.7 billion) to progress towards plug-in hybrids and also aims to bring in an all-electric battery vehicle in the second half of the decade. Winkelmann added that the company is still working on a final design for its first electric car and is leaning toward a four-door model suited for daily use. A recent report has stated that Lamborghini has planned to introduce four new products this year.

The automaker launched three new products such as Huracan STO that was inspired by the Huracan Super Trofeo EVO and GT3 EVO racing cars; Aventador Ultimae, the final model in the Aventador series and Countach LPI 800-4 that celebrated the 50th anniversary of the popular Countach model.

The Italian auto brand also had reported that it made deliveries of 8,405 vehicles around the world in 2021. It informed it observed double-digit growth in America, Asia Pacific and Europe, Middle East and Africa (EMEA). Lamborghini Urus super SUV registered the most number of deliveries with 5,021 units followed by Huracan and Aventadors.