The Italian luxury carmaker launched Huracan EVO Rear-Wheel Drive at an event in Delhi today.Lamborghini has garnered a 15% growth in 2019 despite slowdown hitting most carmakers in the country.
By : PTI
| Updated on: 30 Jan 2020, 09:06 AM 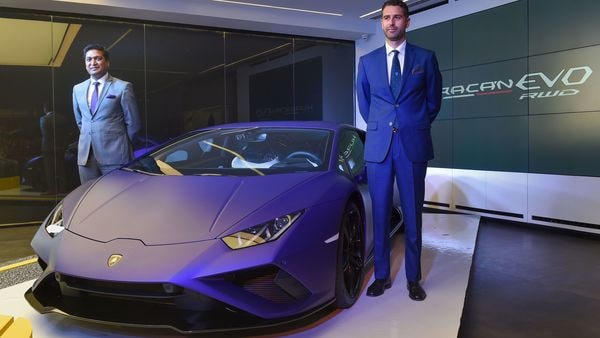 Italian carmaker Lamborghini on Wednesday said there has been a slowdown in its order intake in India due to the ongoing economic slowdown although it expects sales to grow in double digits in 2020.

The company, which on Wednesday launched its Huracán EVO Rear-Wheel Drive priced at ₹3.22 crore (ex-showroom pan India), had posted a growth of 15 per cent in India last year.

"We ended 2019 on a very positive note despite whatever challenges we are having in the market. We were aiming higher but due to various challenges we could not reach there," Lamborghini India Head Sharad Agarwal told PTI.

He further said, "our 2020 goal is very clear. We want to continue with this growth momentum. ...we want to grow faster than the industry and that's what we will aim at. Definitely we are looking at a double-digit growth year."

While declining to put a number, he said, "I am not trying to put a strong number here, because while we have internal plans of where we want to go, we also want to see how the market is behaving."

Agarwal said while the company is managing internal factors, external factors such as the general economic scenario in India is having an impact on sales growth.

"When the economy is not giving very positive signals, the sentiments go low and there is postponement of purchases," he added.

Stating that under the current scenario people generally tend to hold their purchase, Agarwal said, "what we are seeing is slowdown in fresh order intake. That's is leading to slowdown in our projection."

He, however, said Lamborghini will continue to do what is in its control to drive growth by creating excitement in the market by bringing new models.

"We are starting the year with the launch of a new car Huracán EVO Rear-Wheel Drive (RWD). India is among the very first few countries in the world to bring the car to the market within 20 days of its global unveil at the beginning of the month."

Agarwal said the growth prospects of the auto industry in general would depend a lot on how the government plans to boost the economy and what is being announced in the upcoming Budget.

"We are eagerly waiting for some positive announcements in the Budget," he said adding that big-ticket infrastructure investments on highways can bring more jobs to the economy.

He further said, "today we are not having very strong indicators of when growth is coming back. There is expectation from this government that it should take the right steps, which they have also been taking in the last few months trying to boost the economy. We are expecting that this Budget should also move in the same direction."