Lamborghini has also been focusing on bringing its new models faster to the Indian market.Lamborghini hopes to clock its best ever performance in India this year beating the 52 units sold in 2019.
By : HT Auto Desk
| Updated on: 03 Oct 2021, 02:00 PM 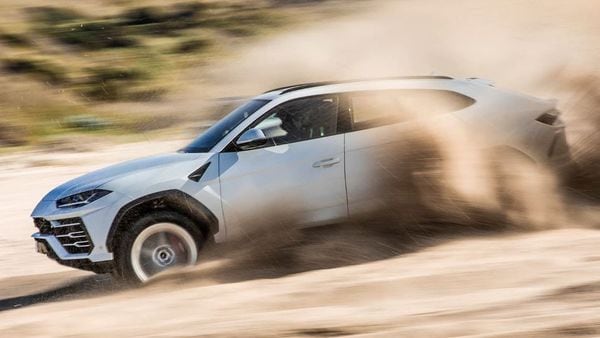 Urus has propelled Lamborghini sales, not just in India but the world over.

Lamborghini, which crossed cumulative sales milestone of 300 units in India last month, is now aiming to double this figure in the next four years. It is banking on the strong demand for its vehicles in the country, especially its best-seller Urus SUV.

Though the Italian supercar maker took around a decade to cross the 300 units cumulative sales milestone, Lamborghini India Head Sharad Agarwal believes that now the pace of adding cars has increased over the last few years. "In the last four years we have added more than 150 cars. So 50 per cent (of the total) has come in the last four years," he told PTI.

He added that Lamborghini anticipates a faster pace of adding cars as the company goes ahead with sales in the country, and this will only further increase. "In two years, we will reach 450 units from the current 300 units," Agarwal said.

Lamborghini has also been focusing on bringing its new models faster to the Indian market while also creating experiences for customers to enable them to "enjoy their Lamborghinis in the Indian environment" so as to increase sales volumes. This year alone, the company launched the Huracán EVO RWD Spyder, Urus Pearl Capsule, Urus Graphite Capsule and Huracán STO here.

This year, the company also achieved the milestone of delivering the 100th Urus SUV in India in the first quarter, which created a benchmark of performance for the fastest 100 deliveries in the super luxury sports car segment.

Further, Lamborghini hopes to clock its best ever performance in India this year beating the 52 units sold in 2019. “We are very well on track to achieve our goal for this year. Like we said, this is going to be another record year for our business and performance in India and going by the current scenario, we are very well on track," Agarwal said.