Lamborghini has restored the first prototype of the Countach LP 500 model that made a debut in 1971 to celebrate the model's 50th anniversary.Lamborghini recreated the model for a client who reached the company with the request at the end of 2017.
By : HT Auto Desk
| Written By : Debolina Chakraborty
| Updated on: 02 Oct 2021, 11:29 AM 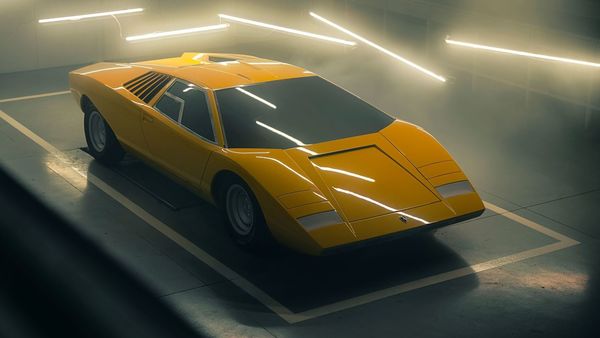 The restored version of the Lamborghini Countach LP 500.

Whoever said old is gold was right in many ways. And, Lamborghini showed this by reconstructing the Countach LP 500 prototype that made a debut at the Geneva Motor Show in March 1971. The restoration work has been carried out by Automobili Lamborghini's Polo Storico, the in-house restoration workshop. The department put about 25,000 hours of work to restore the model for an important collector, informed Lamborghini. It also added that Lamborghini Centro Stile played an important part in the reconstruction of the body of the car and supervising its styling.

Lamborghini informed that at the end of 2017, a client asked the restoration department if there was any possibility of recreating the Countach LP 500 which for many existed only on posters. Following this, the team spent the first months acquiring all the material available and began an in-depth analysis. It began its work on the platform chassis which was completely different from the tubular frame of the Countach models that would follow. The team of Polo Storico ensured a working system for building the car that respected the production methods of the time. The same process was used for making the exterior and also the interior which included the lighted diagnostic instruments as in the 1971 prototype. 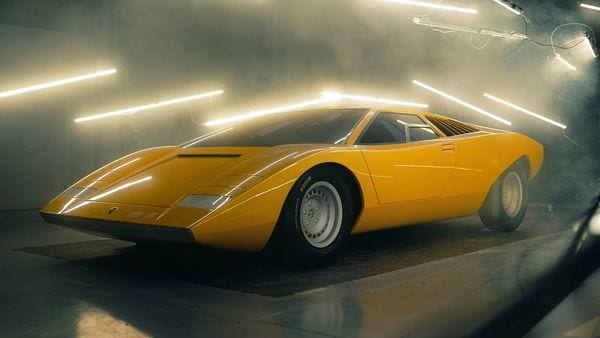 The car made a debut at the Geneva Motor Show in March 1971. (Lamborghini)

For the mechanical components of the reconstructed model, the team used original Lamborghini spare parts, restored many components that were used in those times and even went ahead to rebuild some if they failed to restore it. The team also made sure that the car featured those tires that the Countach LP 500 sported in its Geneva debut. The original prototype had tires from the Pirelli Pirelli Collezione range which included line tires for iconic cars build between 1930 and 2000. The restored model has been fitted with the tires of the same measures sporting the similar tread pattern and aesthetic of the 1970s. Coming to the iconic yellow colour, the PPG archives helped the team identify the exact shade called Giallo Fly Speciale and use it in their restoration process.

Chairman and CEO of Automobili Lamborghini Stephan Winkelmann shared that Countach reinvented high-performance cars and became an icon for its styling for decades. “Bringing the reconstruction of the first Countach to the concept class of the Concorso d’Eleganza Villa d’Este, in the year we are celebrating the 50th anniversary of this model, is something extraordinary because it allows us to admire the legendary 1971 LP 500 in person for the first time in so many years," he added.