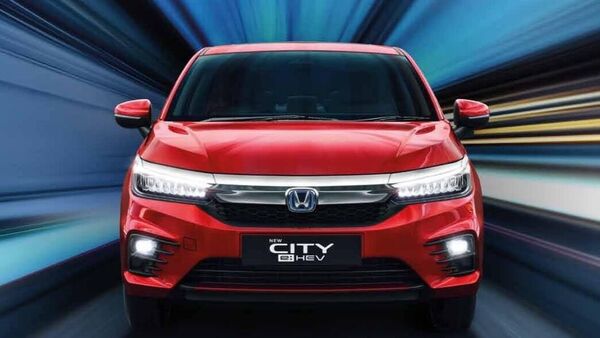 Honda Cars India on Sunday reported a 13 per cent decline in its domestic sales figures in April at 7,874 units as compared to 9,072 units sold in the domestic market during April of 2021. The company's exports last month stood at 2,042 units when compared to 970 units in the corresponding month a year ago. The automaker also said that the customer sentiment has continued to stay positive, resulting into strong demand.

However, the supply chain issues have remained a challenge for the industry, which is impacting the ability to meet the growing demand, said Yuichi Murata, Director - Marketing and Sales at Honda Cars India. He added that Honda Cars India is hopeful that the situation improves sooner so that the demand-supply equation can be more balanced.

The carmaker recently rolled out the first batch of its 2022 City e:HEV Hybrid sedan from the assembly lines of its facility in Tapukara, located in Rajasthan. The new purely-hybrid City sedan was recently unveiled by the Japanese carmaker and is scheduled for a launch on May 4. The company had already started accepting bookings for the model. “On our new City e:HEV, we have received an overwhelming response from the market, reaffirming the preference for a strong electric hybrid model in the mainstream segment," Murata added.

The Honda City e:HEV Hybrid model is going to be the first pure hybrid model in the mid-size sedan segment in the country. The sedan boasts of a mileage of around 26.5 kmpl and offers three drive modes which include all-electric, hybrid and engine power. The sedan is powered by two motors which are paired with its 1.5-litre, four-cylinder engine. The engine can generate maximum output of 117 bhp and 250 Nm of peak torque.