Hero MotoCorp becomes the third Indian two-wheeler manufacturer after Yamaha and Honda to take similar decisions due to the ongoing situation.
By : HT Auto Desk
| Updated on: 18 May 2021, 09:05 AM 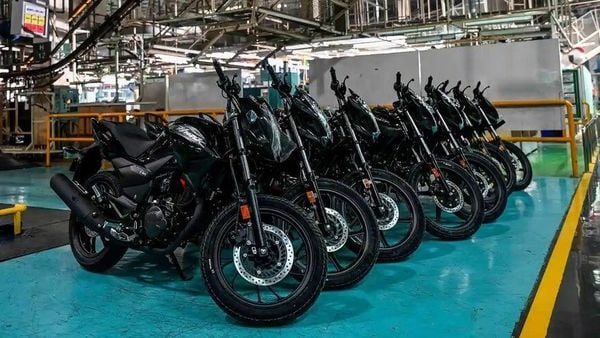 Hero MotoCorp issued a statement on Monday saying it has extended the duration of the services, which were due to expire during this lockdown phase, for another 60 days.

Hero MotoCorp becomes the third Indian two-wheeler manufacturer to extend the free service and warranty period for its customers. Earlier, Yamaha Motor India and Honda Motorcycle and Scooter India (HMSI) had also taken similar decisions due to the ongoing situation.

Honda announced that it will extend the benefits like vehicle's free service, warranty and extended warranty, to customers till July 31. This update was for vehicles which were otherwise scheduled to expire between April 1 and May 31.

On the other hand, Yamaha Motor India announced that it has extended such benefits, which include free service, normal warranty, extended warranty and annual maintenance contract on its two-wheelers till June 30.

Meanwhile, Hero MotoCorp has resumed its operations at three of its plants in Gurugram and Dharuhera in Haryana and Haridwar in Uttarakhand from Monday. It had earlier decided to extend shutdown across its facilities which had began in April. The operations were temporarily suspended at six Hero MotoCorp plants in India in a staggered manner, initially for four days from April 22 to May 2 and later extended till May 16.

Hero MotoCorp had issued a statement saying, "The company is continuously monitoring the situation and is ready with its business continuity plans to be able to quickly resume and scale up operations as and when the situation improves."