SUVs from local and global players dominate at the Shanghai Auto Show, clearly underlining the preference for such vehicles.
By : HT Auto Desk
| Updated on: 19 Apr 2021, 20:16 PM 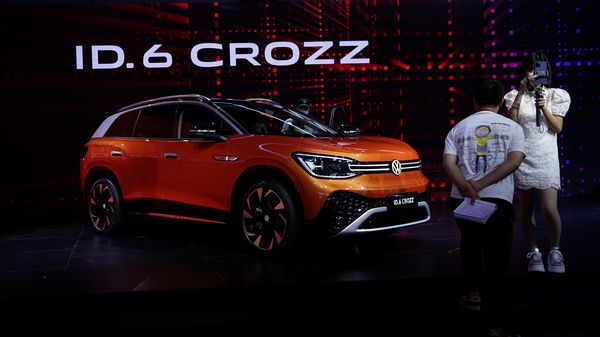 A Volkswagen ID.6 CROZZ is displayed at the Shanghai Auto Show.

Shanghai Auto Show got off to a strong start on Monday with car makers from around the world converging to showcase the best that they have on offer and the ultimate that they plan to drive in in the times to come. While cars dominated the field of play, SUVs grabbed special attention with almost every manufacturer displaying respective strengths when it comes to the mean machines built to excite prospective customers.

Shanghai Auto Show officially starts from April 21 and will be organized till April 28. Media previews, however, commenced from Monday (April 19) and a glimpse is all it took to gauge just how much importance local and global players are attaching to this event.

Volkswagen AG showcased its ID.6 electric vehicle which will eventually be made available in six and seven-seat versions. It is a key player in the brand's electric ambitions, one that hopes to rival Tesla more closely in the times to come.

Toyota came in next and made its intentions quite clear when it comes to its vision of an electric future. Its bZ4X Concept EV managed to grab plenty of eyeballs and the fact that it will first be launched in China and Japan before making way elsewhere meant that there was a sincere buzz around it. (In-depth report here) 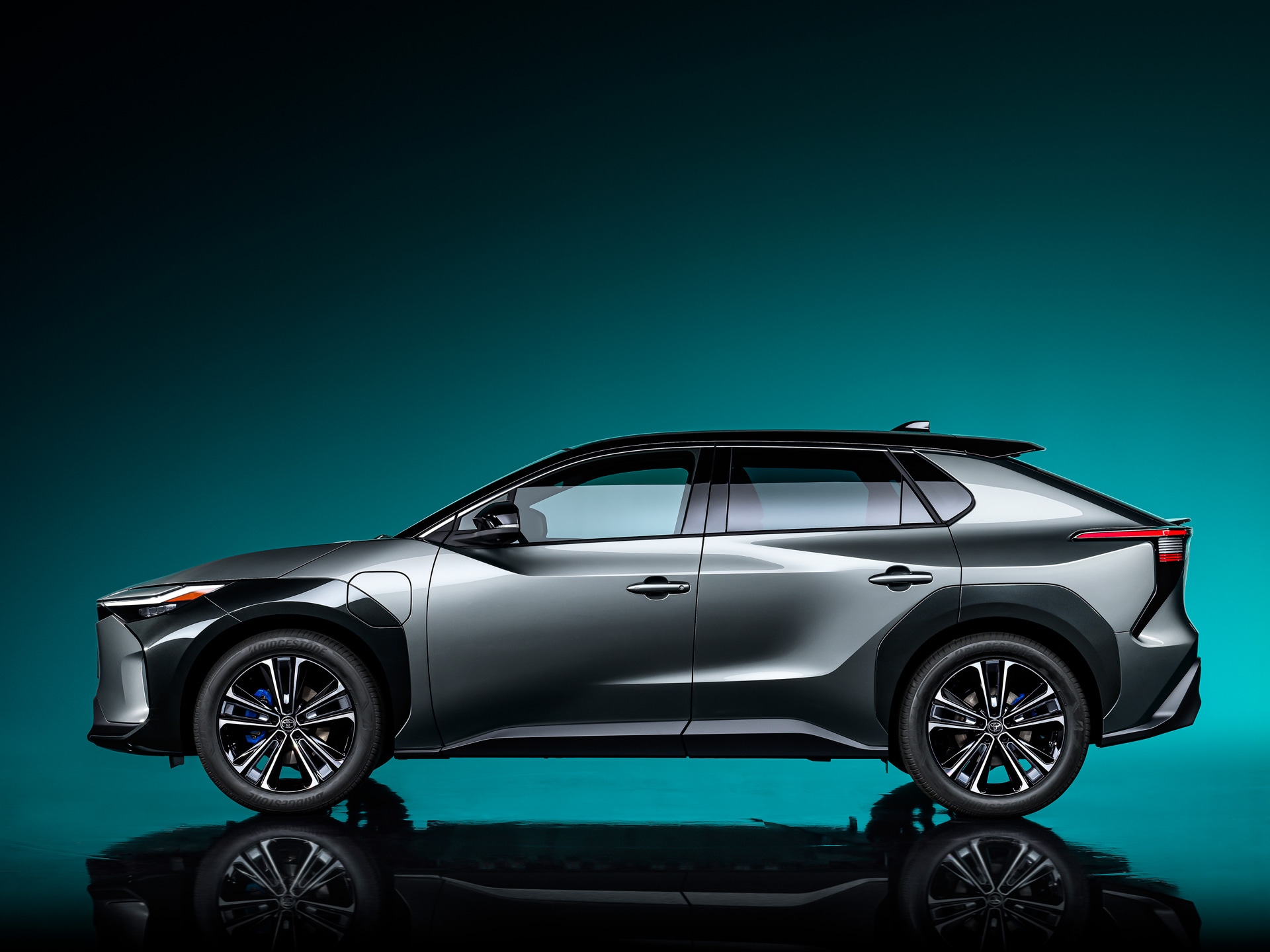 Based on the e-TNGA platform, the Toyota bZ4X EV concept will be the first model from the bZ portfolio of the Japanese car brand, claims the automaker.

Honda gave more than just a glimpse at its prototype SUV that will be its first electric vehicle sold in China. (More about the SUV here) 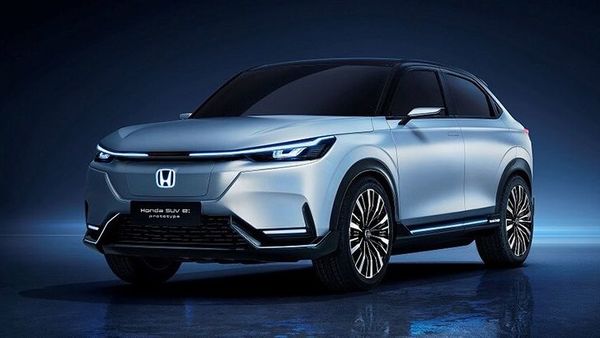 General Motors took the covers off of Envision Plus midsize SUV, a clear show of intent that it means business when it comes to more profound models. 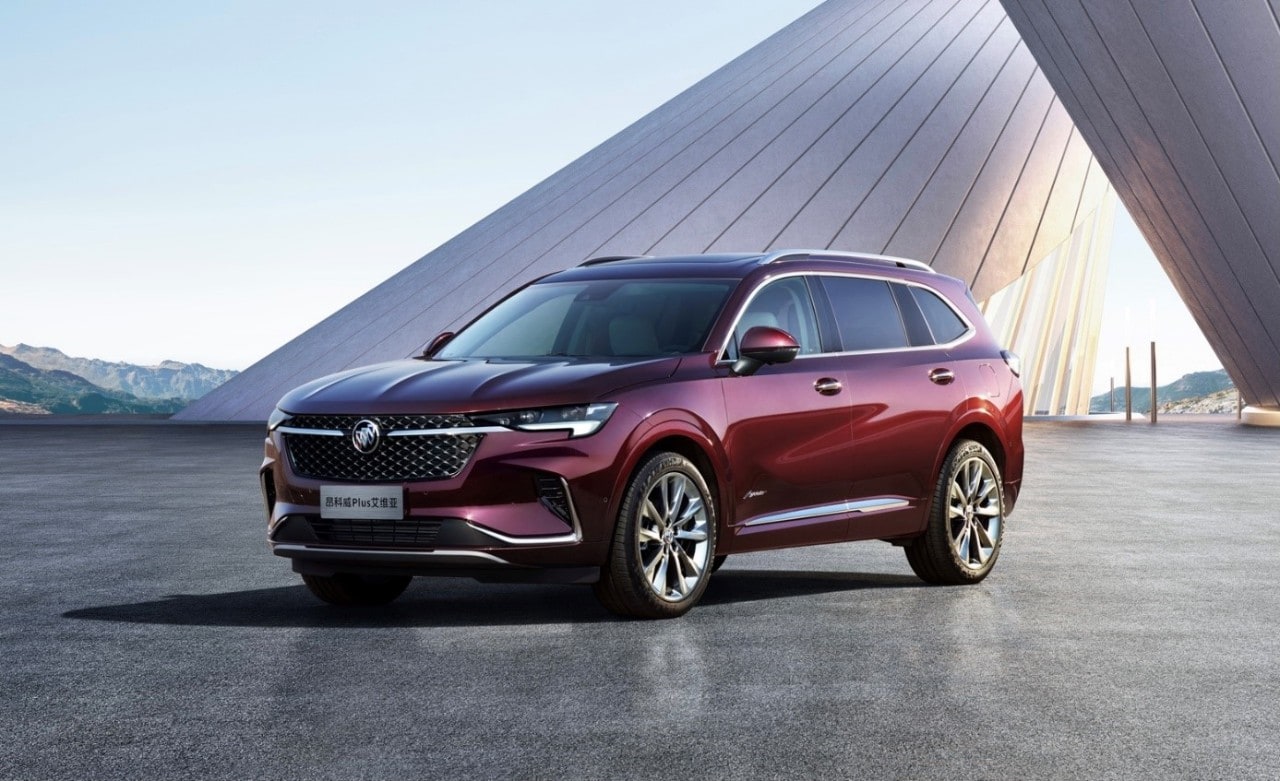 Envision Plus is looking at wooing customers with its distinctive styling, superior spaciousness and premium appointments.

Ford also unveiled its mid-size SUV - EVOS. This car has been largely developed by a China-based team and could play a key role in the American company's dreams of a bigger say in the Chinese auto market. (Read more here) 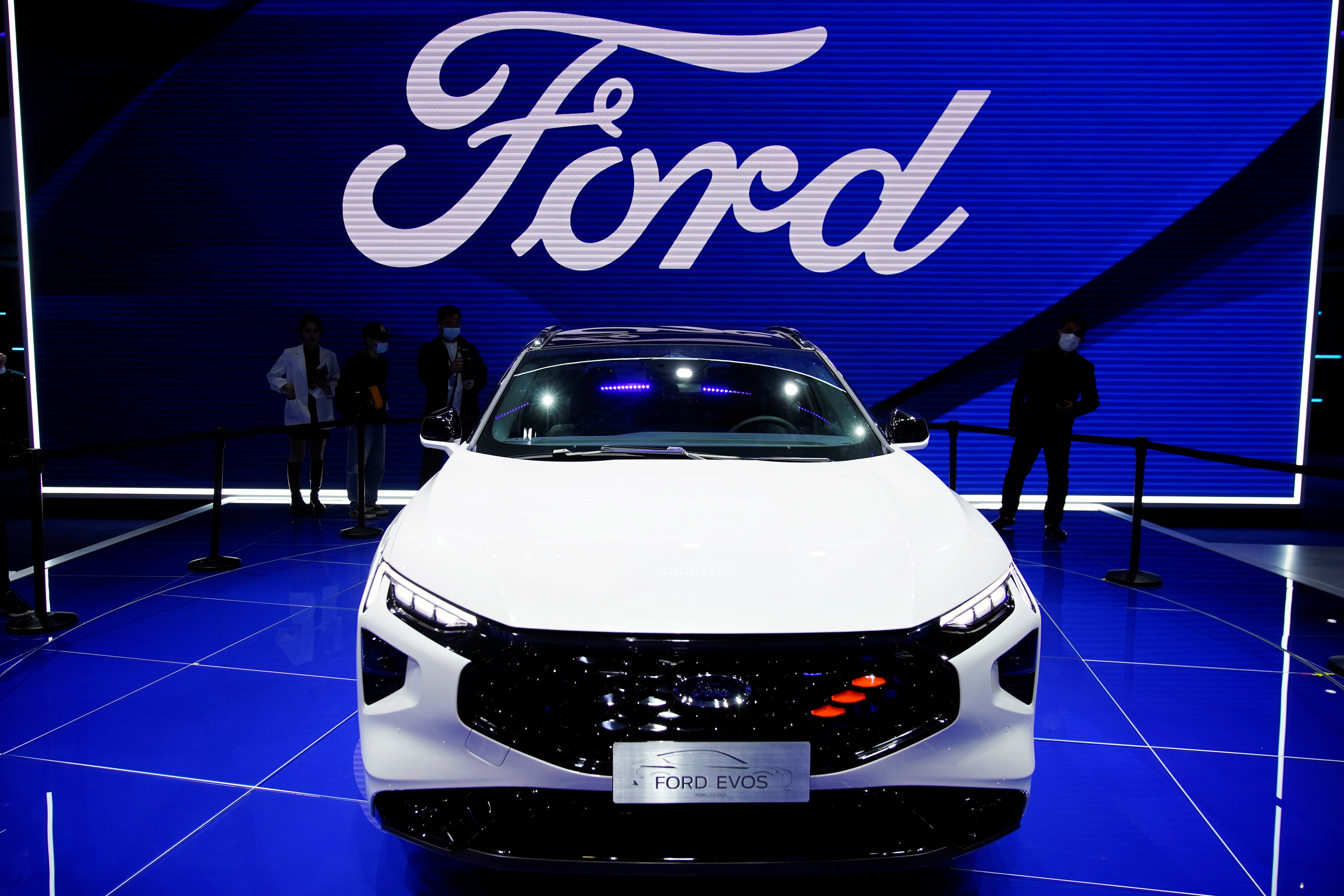 A Ford Evos SUV is seen displayed at the Ford booth during a media day for the Auto Shanghai Show in Shanghai. (REUTERS)

It may be easier said than done because the rivalry from local players is quite intense. Geely Auto, owners of Volvo Cars, showcased its flagship SUV called Xingyue L, a car that boasts of technology that can reportedly help it park itself and return to pick up the driver as well.