While the average human hair is about 70 microns in diameter, Ford's Refresh95 cabin air purifier can remove at least 95% of 2.5-micron size particles from the vehicle's cabin.Ford says that its Refresh95 cabin air purifier has been put through comprehensive third-party lab certification testing.
By : HT Auto Desk
| Updated on: 25 Jul 2021, 12:39 PM 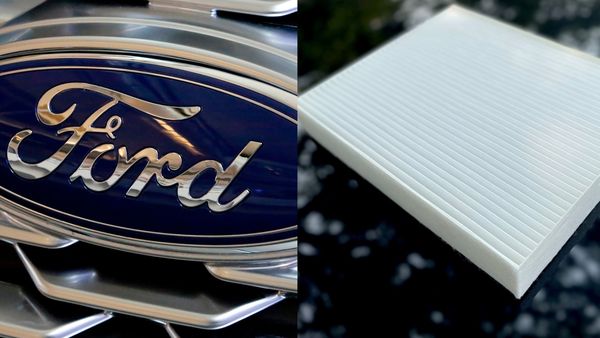 Ford is rolling out its new standard and certified cabin air purifier called Ford Refresh95 and plans to equip majority of its lineup with the new purifier by the end of 2023. The new advanced air purifier is claimed to filter particles that are 30 times smaller than a single human hair.

While the average human hair is about 70 microns in diameter, Ford Refresh95 can remove at least 95 percent of 2.5-micron size traffic exhaust, organic material, metals and road dust particles from the vehicle's cabin. The air purifier can also trap up to 99 percent of some allergens, including common pollens and dust particles.

Ford says that its Refresh95 cabin air purifier has been put through comprehensive third-party lab certification testing that included pressure drop testing. This helped verify that the air purifier will work throughout the recommended service interval.

The Ford Refresh95 is expected to be available in the coming months for select vehicles, including the Bronco Sport, Escape, Explorer, Mustang Mach-E, Police Interceptor Utility and Maverick. Customers with compatible vehicles will be able to purchase the air filter from their local Ford dealer in the US, starting later this year.