General Motors is taking action to protect the Cruise and Super-Cruise brands after Ford in April renamed its Co-Pilot360 automated driving system as Blue Cruise.
By : Bloomberg
| Updated on: 24 Jul 2021, 12:15 PM 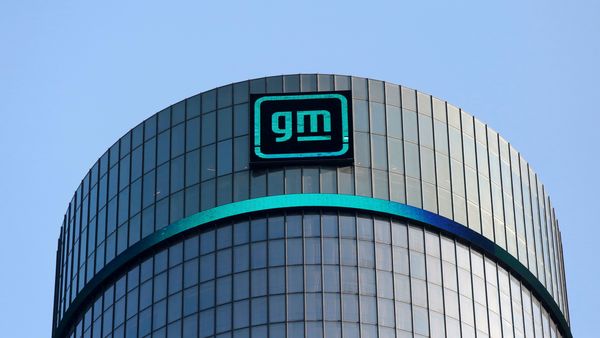 The new GM logo is seen on the facade of the General Motors headquarters in Detroit, Michigan, US. (File photo)

General Motors Co. is suing its rival Ford Motor Co. for violating a trademarked driver-assist technology that’s used for hands-free features, according to a lawsuit.

The automaker is taking action to protect the Cruise and Super-Cruise brands after Ford in April renamed its Co-Pilot360 automated driving system as Blue Cruise, GM said in court documents filed Friday. Talks to resolve the issue had been unsuccessful, the firm said.

A Ford spokesman didn’t immediately respond to a request for comment after normal business hours. “Ford knew exactly what it was doing," a unit of Detroit-based GM said in documents filed with the U.S. District Court Northern District of California. “If Ford wanted to adopt a new, unique, brand, it easily could have done so without using the word ‘Cruise’."

(Also read | GM to combat Tesla and Ford with another electric pick-up, besides Hummer EV)

GM first introduced Super Cruise, which allows drivers to take their hands off the wheel for brief periods, on the Cadillac CT6 in 2017. Since then, the company has expanded the technology to allow cars to change lanes on their own, and plans to offer the feature on more models.

The feature also shares a name with Cruise LLC, the self-driving car startup that is majority-controlled by GM. “While GM had hoped to resolve the trademark infringement matter with Ford amicably, we were left with no choice but to vigorously defend our brands," GM said in an emailed statement.

(Also read | US urges 50,000 Chevrolet Bolt owners to park EVs outside due to fire risk)

They’re also seen as gateway to getting consumers comfortable with self-driving cars, a space where automotive and tech companies are spending billions in the hopes of unlocking profits from robotaxis and delivery services.