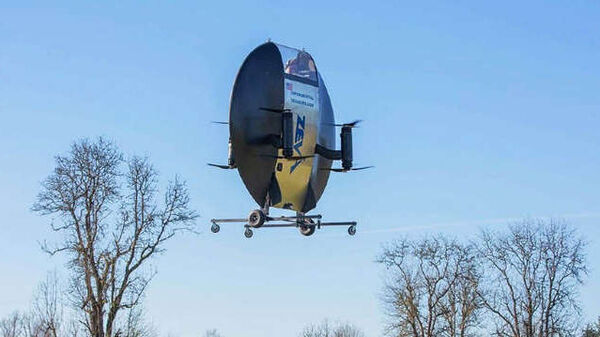 While many have fantasized about getting into a flying saucer-like vehicle like the ones they show in sci-fi movies, the dream doesn't seem very distant in today's era. Washington-based startup Zeva Aero's prototype that looks like a UFO recently completed a successful full-scale vertical takeoff.

The Co-Founder and CEO of the company, Stephen Tibbitts, referring to the four motors on top of the flying vehicle and four at the bottom, called it an octocopter. "It's a blended wing body and it generates lift as it's flying forward," he told Reuters. Next, the battery-powered Zeva Zero by the startup will be tested for forward flight.

Tibbitss, who is an engineer and a trained pilot, explained that the company is hoping to first cater to the first responders and medics through its flying vehicle, helping them get on to the scene of an accident to treat trauma victims as soon as possible. He also revealed that the Pentagon has also expressed interest in the flying saucer-like flying vehicle.

The company's long-term goal is to put a sustainable air vehicle in every garage. The electric Zeva Zero is likely priced at around $250,000 and the chief technology officer of the company, Gurbir Singh, is optimistic about the vehicle's success. "As the battery technology continues to improve, this craft is only going to get better and be able to do more and more things as we go ahead," he said.