How world's first petrol-powered flying car could change your city

AirCar flying car made its maiden flying journey from Nitra to Bratislava in Slovakia.

Klein Vision has been repeatedly making it to news globally for its work on what is touted as the world's first petrol-powered flying car. The Slovakian aviation company has often showcased the capabilities of the product that is referred to as ‘AirCar’ for now and recently, it managed to pass crucial European Union tests for airworthiness.

Flying cars may have been a dream for humans for decades but that dream is inching closer to reality with several players working on their respective product. The AirCar from Klein Vision, however, may be closer to actually taking off than most other contenders. Last year, in June, AirCar had successfully completed a 60-mile journey from Slovakian city of Nitra to the country's capital city of Bratislava, flying the entire route. Once landed at the airport, it switched modes to move into the city on wheels. (Check video here)

The AirCar has been subjected to several tests to check it on for and on safety and performance parameters. Reports suggest that there has been around 70 hours of flight test conducted by authorities in Slovakia alone. It has now managed to get an all clear from the Slovakian government which automatically means a go ahead from the European Aviation Safety Agency (EASA). 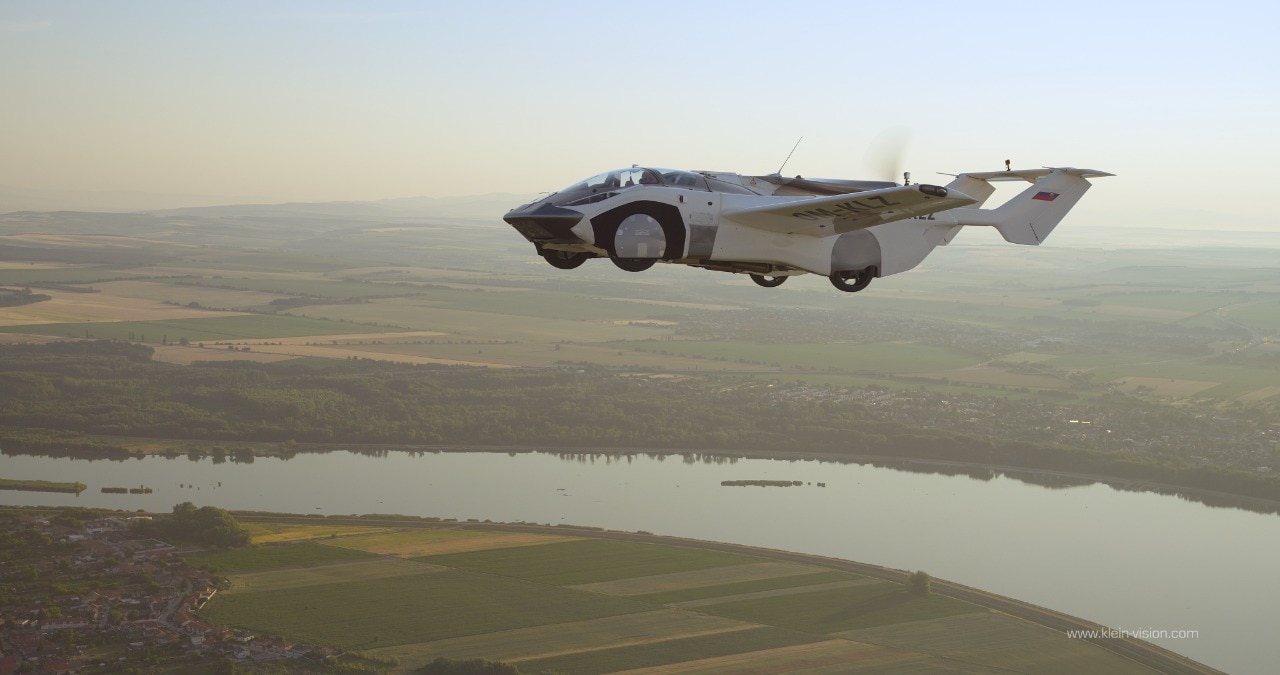 The AirCar flying car gets power from a BMW engine and it also comes equipped with a fixed propeller and a ballistic parachute.

The AirCar from Klein Vision is touted as a product that has the viability of being put into service for people at large and not just be an option for the ultra rich and famous. It is pointed that the dual mobility character of the AirCar could help de-congest city roads and provide quick mobility options which could be especially crucial in times of emergency. But while there are also critics who argue about the possibility of air congestion and how to define and dictate air lane movements, others say that flying cars could be replace helicopters rather than conventional cars on roads.

The flying car from Klein Vision can reportedly touch a top speed of 170 kmph and can cover an aerial distance of around 1,000 kms at an altitude of 8,200 feet. It is further claimed that the AirCar is capable of some basic in-air maneuvers.

Powered by a 140 hp 1.6-liter four-cylinder BMW engine, it has a fixed propeller and comes kitted with a ballistic parachute.