FASTag on Yamuna Expressway to be implemented from June 15 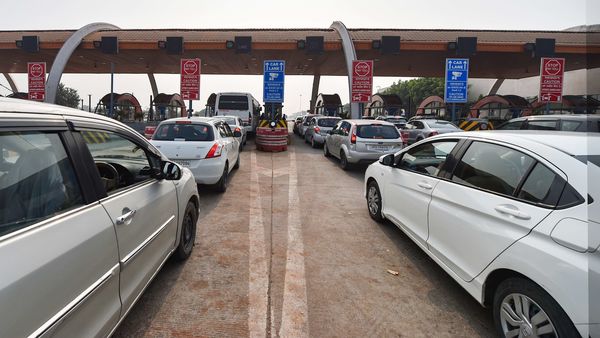 After much delay, FASTag is going to be implemented on the Yamuna Expressway between Noida and Agra from June 15. The 165-km long expressway is operated by Jaypee Infratech Limited (JIL), and has been the authority to collect toll charges so far since it is a private highway.

Yamuna Expressway currently has three toll plazas at Jewar, Mathura and Agra. The implementation of the FASTag system will mean that commuters driving between Noida and Lucknow will have a seamless drive without standing in queues at toll plazas in a couple of week's time.

Earlier, the deadline to start the FASTag toll collection on the Yamuna Expressway was April 1.

According to reports, an agreement has been reached between representatives of Yamuna Development Authority, IDBI and Jaypee Infratech this week which will allow the FASTag facility to begin.

Initially, the FASTag facility will be available in two lanes on each side of the toll gates at every toll plaza on Yamuna Expressway. In coming days, the number of lanes catering to the FASTag electronic toll collection system will gradually increase.

The National Highways Authority of India (NHAI) had had implemented the FASTag system on every national highway since February 15 this year. Yamuna Expressway Industrial Development Authority had first announced that the FASTag system will kick off from February 1. However, due to several reasons, the implementation was delayed.

Recently, the NHAI has issued fresh guidelines for toll plazas with FASTag facility across the country. The new rules say that queue of vehicles at toll plazas will not be allowed to go beyond 100 metres and the service time taken to process toll fees should not take more than 10 seconds per vehicle, even during peak hours. The rules also say that in case a queue gets longer than 100 metres, the vehicles at the front of the line will be allowed to pass the toll gate without having to pay toll charges. To ensure that this move is implemented, NHAI will draw a yellow line at the 100-metre mark from the toll gate on each lane.