An Avendus Capital report states that it expects 9% electric penetration by 2024-25 in the two-wheeler segment which could grow further with the right macroeconomic environment.By the same period, as much as 40% of the e-rickshaw market is expected to be li-ion based, the report added.
By : PTI
| Updated on: 23 Jul 2020, 06:32 PM 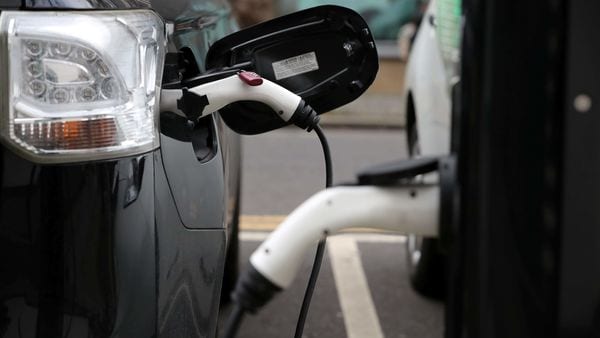 The electric vehicle (EV) market is likely to be a ₹50,000-crore opportunity in India by 2025, with two- and three-wheelers expected to drive higher electrification of the vehicles in the medium term in the wake of Covid-19, according to a report.

The report by Avendus Capital, which is an investment banking arm of financial services provider Avendus Group, also said the total cost of ownership (TCO) in case of low- and medium-speed electric two-wheelers is already lower than internal combustion engine vehicles.

"With the present and projected level of EV penetration in the country, EVs in India could represent a ₹500-billion opportunity by 2025. Two- and three-wheelers will lead the electrification movement in India in the medium term," it said.

The report also said it expects 9 per cent penetration by 2024-25 in the two-wheeler segment and with the right macroeconomic environment, the number can further go up to 16 per cent and while the segment could grow to ₹12,000 crore by 2024-25.

E-rickshaw has also emerged as a large market in India in a short time frame even as a large part of this market is still unorganised and based on lead-acid batteries, the report stated. 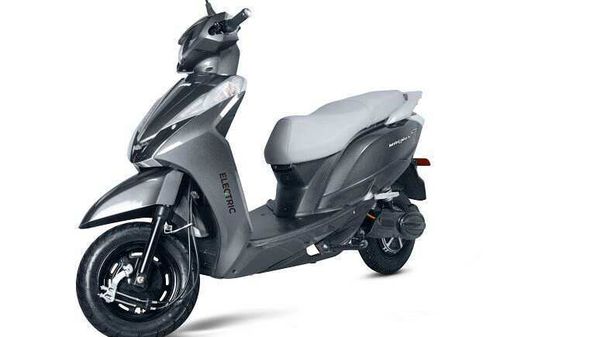 "Over the past decade, the economics of the technology used in this sector has improved significantly, and today, EVs make economic sense across multiple use cases," said Koushik Bhattacharyya, director and head (industrials) at Avendus Capital, at the launch of the report.

He added that the inevitability of transition to EVs is accepted by the world, however, the timeline for mass adoption is still a topic for debate. "But, we believe that we are moving quickly towards a mobility regime where EVs become mainstream."

The current Covid-19 situation is expected to accelerate the rate of adoption of EVs in the medium term as customers look for environment-friendly and cost-effective personal mobility solutions, and also because online commerce is fast becoming the norm, the report said.

"India represents the fourth-largest automobile market in the world and the second-largest two-wheeler market with around 20 million units. It is also a country with massive dependency on oil imports, with a USD 112 billion oil import bill in FY19," added Bhattacharyya. He added that pollution in many Indian cities has reached alarming levels. "All these factors combined make a strong case for EV adoption in India."

On the ownership cost of high-speed electric two-wheelers and other use cases such as retail four-wheelers and commercial vehicles, it said the TCO will become favourable as the battery prices drop further. 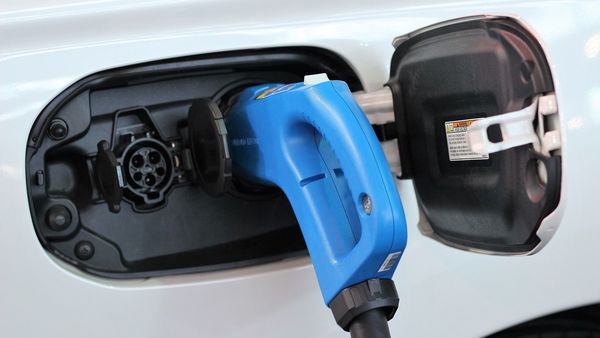 In the medium term, EV adoption in the four-wheeler category is expected to stay limited to commercial or fleet applications. (Representational image of an electric car charging)

"E-auto makes economic sense on a TCO basis. We expect to see intensive action in this space going forward. We expect around 20 per cent EV penetration in e-auto category by FY25. We expect this segment to be ₹40 billion ( ₹4,000 crore) by FY25," said Ankit Singhal, vice-president (industrials) at Avendus Capital.

In the medium term, we expect the EV adoption in the four-wheeler category to stay limited to commercial or fleet applications. The overall penetration in the electric four-wheeler segment is expected to be about 2 per cent, he said.

(Also read: Electric vehicle charging stations are finally about to take off)

Avendus Capital said it expects factors mainly policy, battery cost, charging infrastructure and supply chain localisation driving the adoption of EVs in various segments in the country over the next decade.

On the commercial vehicle side, e-buses are expected to lead the category with regulatory push expected to drive this category, rather than TCO.

"Light commercial vehicles (less than 3.5 tonnes) in the EV category also make TCO sense and we forecast about 4 per cent EV adoption in this segment by FY25, translating into a ₹15 billion ( ₹1,500 crore) market opportunity," Singhal said.