The Polestar 2 EV commercial is a series of all the things that the EV maker doesn't offer but its competitors do such as empty promises and hidden agendas.
By : HT Auto Desk
| Updated on: 15 Feb 2022, 02:31 PM 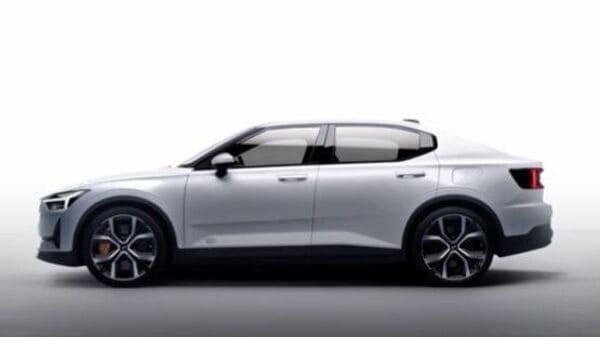 Topping the list of the most popular commercials during 2022 Super Bowl LVI, the ad film of EV maker Polestar took a jab at its rivals Tesla and Volkswagen. The 30-second ad spot took some not-so-subtle shots at the competitors and industry hypocrisy at large.

The ad film featured messages that Polestar offers - "no epic voiceovers," "no empty promises," and "no hidden agendas". The commercial is a series of all the 'Nos that Polestar doesn't offer but its competitors do. Squarely aiming at Tesla, the ad mentioned, "no conquering Mars" (hello, Musk?) and "no greenwashing." Another no included "no dieselgate" (hi, Volkswagen).

When one of Tesla CEO Elon Musk's 74 million Twitter followers pointed to the Polestar ad, the chief responded with a laugh emoji. His company has mostly been averse to spending on marketing and advertising as Musk believes that he would rather spend that money for product development.

Through the ad film, Polestar wanted its ad audience to know that its rivals are either distracted from their mission or are just using the eco-friendly products as a cover up. The ad commercial from the electric-car maker performed about 23 times better than other commercials aired during the game, as per consumer search data firm EDO, Reuters reported.

The data further revealed that the top five Super Bowl commercials that were the most searched online during and after the event were all EV-focused including the ones made by Polestar, Kia, Nissan, Chevrolet and BMW. This highlights the rising popularity of battery-powered vehicles in the US market.

BMW's Super Bowl ad film featuring Arnold Schwarzenegger and Salma Hayek in the avatars of Greek God of lightning Zeus and his wife Hera was also a hit. Other hits include Nissan's 60-second action adventure ad with Eugene Levy. List of other carmakers showcasing their new EVs at Super Bowl - from Kia’s EV6 Robo Dog to GM’s Dr Evil - can be checked here.